At 29, Manasi Joshi is a shuttler who is one of a kind! She lost her left leg in a road accident in December 2011 in Mumbai but that didn’t stop her from touching the pinnacle of success. Her clear-cut vision steered her to come through with flying colours as she won a bronze medal in women’s singles in Thailand Para championship. This sums up the essential Manasi for you!

She started her ideal preparations for her first Para Asian Games in Jakarta in October, with chief National badminton coach P. Gopi Chand giving some valuable tips at his Academy here.

Manasi has set high standards for herself and she is thoroughly enjoying her training through and through. “I am enjoying my training in what is obviously the best centre,” said Manasi.

The Gujarat-based software engineer had taken a four-month leave from her job in pursuit of the Asiad medal. According to Manasi, Sports taught her many things in life. She accepts that she was never a professional in Badminton but she was able to build a great sense of character and that’s how she went about her business and grew from strength to strength.

“I was never a serious or a professional badminton player, but always played the sport since my school days as my parents believe that sport builds an individual’s character better. Sports taught me so many things in life,” she said.

“It is very nice on part of Gopi and other players like Sindhu to keep my morale high. I am so pleased with the way they keep track of my training and progress,” said Manasi.

Ever since Manasi stepped foot in international events from 2015, she was able to get the best out of herself and she won a silver in mixed doubles in the 2015 Worlds, bronze in 2016 women’s singles, 2017 World championship bronze and a gold in a Spanish international event.

“Well, the biggest challenge for me is the society itself. It is sad that many still treat para-athletes as lesser mortals though things have, of late, changed a lot thanks to the performances by our tribe at the highest level,” said Manasi.

“I firmly believe that para-athletes too are intelligent and knowledgeable and can be role models for young talent given the way they fight adversity to win laurels at the highest level,” said a beaming shuttler. “I hope to come back from Jakarta next month with a gold,” said a confident Manasi. 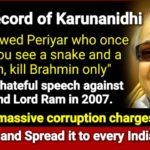 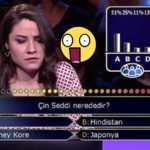