When you see the word ‘style’, it reminds us of Superstar Rajinikanth. Whatever, Rajinikanth does, it becomes a sensation. From spinning the coin to wearing sunglasses, from delivering epic dialogues to performing stunts and fight scenes, Rajinikanth has been the ultimate hero not just in India but across the world as well.

His movies like Baasha, Muthu earned great reviews in Japan, United Kingdom. His fans love imitating his epic dialogues. Above all, Superstar Rajinikanth is a ‘man of simplicity’. He is people’s champion. Well, he is not just a hero in movies but a hero in real life too. This is why people admire him to the core as they worship him as ‘Thalaivaa’, means a ‘leader’, ‘boss’.

He lost his mother at a very early age. In a bid to support his family, he worked as a coolie and a bus conductor to make a living. From being a bus conductor to a superstar, he has come a long way to touch the pinnacle of success. His hard work, smart work reaped huge rewards.

When the whole Chennai suffered an extreme nightmare due to floods in December 2014, the veteran actor donated Rs.10 crore. Rajinikanth cancelled his birthday celebrations and urged his fans to celebrate his birthday by giving a hand in the relief work.

In December 2015, Rajinikanth came forward to help the rain-hit victims of Tamil Nadu. He donated Rs.10 lakh to CM’s Public Relief Fund. He even stepped forward to help the victims of Cyclone Hudhud across Visakhapatnam, Vizianagaram and Srikakulam districts of North Coastal Andhra. In a seemingly-philanthropic move, he donated Rs 5 lakh to the Andhra Pradesh Chief Minister’s Relief Fund for relief and restoration works.

When Kerala encountered a worst nightmare in this century costing as many as 417 lives owing to a disastrous flash flood, Rajinikanth came forward to donate 15 lakhs to the flood-hit sufferers.

According to his best friend, Raja Badhar, Rajinikanth donates 50% of his income to charity. Isn’t he a great soul? Rajinikanth also fulfilled his promise of paying Rs 1 crore for inter-linking rivers. After meeting farmers, he decided to take steps to help the linking of peninsular rivers like Mahanadi, Godavari, Krishna, Palaru and Cauvery.

The great thing about Rajinikanth is that he treats everyone with the utmost respect and same importance. This indeed serves as a testament to the fact that he is a mark of a true gentleman. He reads a lot of books. His areas of interest include Spirituality, Science, Politics and Culture.

There is a unique fact about Rajinikanth. He is someone who is deeply connected with the Himalayas and is the only actor to have explored those sacred caves. He himself expressed his love of visiting the Himalayas and it’s villages.

He goes to the lofty peaks of the world’s tallest range after every film all by himself with nobody beside him. According to the actor, being there in the Himalayas itself is a meditation.

He is so rich that he can afford anything but he knows the value of each and everything in his life. He even treasures his old cars, old clothes old pictures. 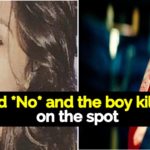 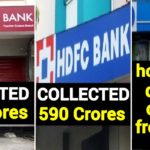