Cricket is more than a religion in India. We all know that cricket is the most-watched sport as compared to all other sports in India. The craze, thrill, enthusiasm that the audience relish is a sensational feeling that cannot be put it in words.

However, the game has seen a tremendous improvement over the years. How often have we seen collective performances fetch beautiful end results? A team of 11 players need to be spot on in crunch situations of the game.

We all know about MS Dhoni’s experience. He is the only captain in the history of cricket to have helped the team win three ICC trophies. Even after given up international captaincy, he still has extended his services as a wicketkeeper-batsman. His experience will certainly be the key to India’s futuristic games.

Dhoni has always worked behind the scenes to offer some crunch tips to Virat Kohli and Rohit Sharma in the deciding phase of the game. Ever since Virat Kohli took over the reigns from MSD, both have been working really well in countering the challenges.

But, it seems that things aren’t really going down too well with Indian player’s form. The upcoming 2019 ODI World Cup is not too far and most people are already writing the Indian team off even before the start of the tournament based on team’s form in England. We are eagerly waiting for the World Cup tournament but according to some fans, our hopes to see the Indian team performing well in unfamiliar climes can be crushed down.

It is cognisance of the fact that the team is heavily relying on the top-order batsmen- Rohit Sharma, Shikhar Dhawan, Virat Kohli to garner rich flow of runs but if that fails, players like Hardik Pandya and MS Dhoni are there to back it up. However, both their recent performances haven’t been up to the scratch. MS Dhoni’s performance, in particular, is also questioned as well.

Coming to the bowling spectrum, India punches a pace battery with the likes of Jasprit Bumrah, Bhuvneshwar Kumar and the wrist-spin duo Chahal-Kuldeep makes a magical combo.  It will be quite interesting to see how India can acclimatise to the conditions to countering the challenges. India still has a lot of catching up to do to be on top of the game. Can Men in Blue lift the trophy after India’s 2011 World Cup success? We will have to wait and watch. 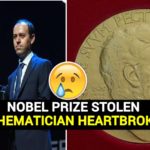 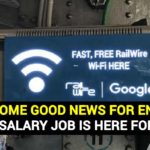