Everyone has been doing the 10-year challenge lately to remind people how they’ve improved over the years, from losing weight to changing their dressing sense. So we decided to compile the names of some of our favourite Bollywood celebrities. Have a look.

Despite variations in her acting roles, Alia Bhatt evolved from a very attractive young girl into an utterly beautiful woman. Alia wears minimal makeup and her fashion sense evolved from simple to chic, and we can’t get enough of her fresh and enhanced fashionable looks.

Karan Johar is known for still looking dapper and fashionable, but he seems to have lost weight and elevated his style to make it more modern and sleek. He has changed his hair colour to a cool silver hue.

Sara blossomed from a typical shy teenager into a gorgeous lady. She lost weight drastically before venturing into Bollywood. Sara loves traditional attires and is mostly seen in kurtis and simple braid, but she can also rock her gorgeous body in a bikini as her Instagram unveils her vacation pictures.

Bengali beauty Bipasha was always beautiful, but we think the fresh, more glamorous look she’s aiming for now suits her even better. Bipasha has maintained her figure like a pro and we are awed by her stunning legs and a radiant smile. She appears to be a real Hollywood celebrity, glamorous and beautiful, capable of a red carpet debut.

Our bubbly Aisha transitioned from young and flirtatious to mature, graceful, and sophisticated. Her clothes these days are really elegant and impressive, and she just looks more mature and in charge of her appearance overall.

Rajkummar Rao appears to be a shell of his former self. He is eager to play with clothes and accessories and is willing to take chances with his style. The brilliant actor knows how to put his best foot forward and take care of himself.

Arjun posted a picture from his younger days and we are amazed by the transformation, from being overweight to fit appearance. He’s no longer the shy, geeky boy he used to be; now, he’s a charming, well-dressed gentleman with a fine sense of style.

Can it be magic that Priyanka is growing younger with each passing day? She still looks as youthful and stunning as she did when she was younger, but her style has evolved drastically. She isn’t afraid to do new things and take risks and at times heavily trolled for her outfits but she somehow manages to look effortlessly chic these days.

Bebo has also determined that conventional and old-fashioned outfits are no longer appealing to her, opting for an Instagram baddie look with her edgy theme, elegant updos, and some absolutely stunning outfits and chic sunglasses.

In the last few days, Anushka Sharma has gone from bubbly and flirty to elegant and seductive. It seems to be a good fit for her. She’s enamoured of her current fashion sense, which has also improved the way she handles herself. She now seems to be more self-assured and confident. She also looked absolutely flawless as she posed with her baby bump for Vogue magazine. 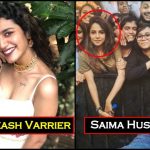 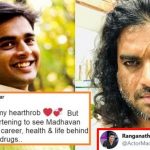