Every family may not have a PC or a laptop but would surely have one smartphone. That’s the demand for smartphones these days. The first day when you buy a phone, you’d charge it and then you’d use it for a day and then you’d give a review to others about the user experience so much so that it would give a tinge of confidence for others to follow suit.

But do you really think that your phone gives you the same performance now as compared to its first-day? Truly not! You might have experienced a slight lag while swiping through the apps on your smartphone, you might have noticed your phone taking a little longer than usual when you open an application.

Also, after a reboot, your phone would take too much time to load the home screen followed by some heating issues as well. If you can relate all these problems to your phone, then the real problem lies in the software update. We thought that the mobile manufacturers release updates to fix the bugs on your phones, but the reality is that they are deliberately trying to slow down your phones.

Previously in January, Italy’s antitrust authority started investigations into both Apple and Samsung, to confirm whether the two companies were using their software updates to deliberately slow down their older devices.

The Autorità Garante della Concorrenza e del Mercato (AGCM) has now issued a statement adding that the two smartphone giants did indeed intentionally throttle old devices, in a bid to push customers to upgrade regularly. The authority has charged Samsung and Apple with violation of several consumer codes and has issued huge fines.

AGCM has issued Apple a $5.7 million (Rs 41.7 crore) fine for problems faced by several models of the iPhone 6 when users installed iOS 10. The OS was developed for the iPhone 7, yet it was demanding too much of energy needs on the old model, thereby causing unexpected shutdowns.

Apple is also slapped with a second $5.7 million fine for not telling users about the battery lifespan, maintenance and replacement. On the contrary, Samsung is facing a $5.7 million penalty because when it released its Android Marshmallow 6.0.1 update for the Galaxy Note 7 those who installed it on the Note 4 found it too demanding for the older model. This led to many user’s phones malfunctioning, forcing them to pay for expensive repairs since it wasn’t covered by warranty anymore. This is not fair. 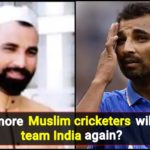