On 11th of July, Rahul met a group of Muslim intellectuals, where he was reported to have said that “Congress is a party of Muslims, because Muslims are weak and Congress always stands with the weak”. Urdu newspaper ‘Inquilab’ published his statement the next day, reacting to which, Congress spokesperson Priyanka Chaturvedi tweeted in denial, stating: “This is absolute lies & shameful spin by the newspaper.”

However, Congress’ minority wing president Nadeem Javed and editor of the Urdu newspaper ‘Inquilab’ – which had published the story, Mumtaz Alam Rizvi confirmed Rahul’s ‘Muslim Party’ statement. In fact, Rizvi wondered as to why is Congress being defensive and saying that Rahul Gandhi didn’t say so. “He proudly said it,” said Rizvi, according to ANI. Rizvi also claimed that Nadeem Javed – president of Congress’ minority wing, had confirmed the story.

He said, “Javed was present in the meeting. He has already clarified on record that there was nothing wrong in our story.” Also, it is notable that despite Congress denying the story, Rahul never denied it. In fact, he has only reaffirmed it, with his words and actions, that he is trying his best to ‘appease’ the Muslim community, so that they vote for the Congress party en bloc, in the upcoming assembly and 2019 Loksabha polls.

He and Congress party have stayed silent on the plight of women like Nida Khan, who was forced to marry and have sex with her father-in-law and brother-in-law, under the Islamic practice of ‘Nikah Halala’, so that her husband can marry her again. She was married to Usman Raza Khan alias Anzu Miyan Sheeran of Dargah-e-Ala Hazrat family in 2015 but was divorced in 2016.

Nida had asked Uttar Pradesh Chief Minister Yogi Adityanath to abolish the ‘evil’ Islamic practice, and dissolve the marriages solemnised as per the ‘Sharia’ law. She   had also filed a petition in the Supreme court against the ‘triple talaq’ given to her by her husband, who belongs to a prominent family of clerics. Reacting to this, Shahar Imam Mufti Khurshid Alam of Bareilly Jama Masjid, had issued a ‘Fatwa’ against her.

“No medicines will be provided if she falls ill. If she dies, no one is allowed to offer ‘namaz’ on her ‘janaza’ (funeral procession). She cannot be buried in kabristan (graveyard) after her death. Nida wants an amendment in Shariah while Islamic laws were made by Allah. As Nida has been giving statements against Quran and Hadith, she is dismissed from Islam,” the Imam said. On Wednesday, a local court also nullified the ‘triple talaq’ given to Nida by her husband.

While the Bharatiya Janata Party and Prime Minister Narendra Modi have publicly spoken against ‘triple talaq’ many times, and had also passed a law in the Loksabha, under which Muslim men who gave ‘triple talaq’, could be jailed for up to 10 years, after the Supreme Court had banned the practice calling it ‘unconstitutional’, the Congress and Rahul Gandhi are yet to support the law in parliament.

They had stopped the bill in Rajyasabha, where the Congress and its allies are in majority. It is worth mentioning here, that Rahul’s father and ex Prime Minister late Rajiv Gandhi had a chance to save Muslim women from triple talaq after the Shah Bano case verdict. However, he did not do so, to ‘appease’ the muslim vote bank. Rahul seems to be walking on his father’s footsteps. In fact, he seems to be walking ahead.

This is highlighted from another incident, wherein the Congress party’s national president supported Jammu and Kashmir’s IAS officer Shah Faisal, who had tweeted on 22 nd April: “Patriarchy+Population+Illiteracy+Alcohol+Porn+Technology+Anarchy = Rapistan!”, referring to India. It is clear that Rahul Gandhi is ready to go to any extent, to ‘appease’ a votebank, even if it means supporting ‘Anti-India’ propaganda. 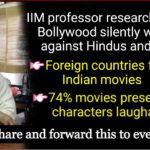