Every time, when their pictures are uploaded, they are going rife all over the social media. Clearly, they are spending some quality time together. The couple returned to India and they jetted off to Goa for a vacation. Post the short vacation, the couple flew back to the US.

Priyanka Chopra’s Instagram posts and videos could give us a hint that she has deeply fallen in love with Los Angeles as well. Not a little while ago, Priyanka and Nick were seen in Los Angeles dinner date. Before that, the alleged couple were spotted together getting out of the car and before Priyanka would get down, Nick got down and opened the door for her in the first place.

This goes to show that both are in love with each other and have already started setting perfect goals of being the ideal couple. Interestingly, Priyanka Chopra is 10 years elder than her boyfriend Nick who is 25-years old. The couple who are clearly into each other has recently made the headlines when the picture of both of them dating each other had gone viral all over the internet.

As per the reports in Filmfare, Priyanka has planned to tie a nuptial knot with Nick by July-end or August this year. Apparently, Priyanka Chopra wanted her boyfriend Nick Jonas to visit India in a bid to meet her family and planned for the engagement only now.

Earlier this month, Nick Jonas took Priyanka Chopra as his date to his cousin’s wedding. It was on June 21, the couple arrived in Mumbai, and if sources are to be believed, Priyanka wanted Nick to meet her mother, Madhu Chopra.

“We met up in New York the first time and the same day I think we found out that we are both going to the Met Gala with Ralph Lauren. And as strange as it sounds but we couldn’t have planned it. We just had a great time. She’s a lovely person and I’m dying now to go to India,” Nick Jonas said back then in an interview according to India Today. 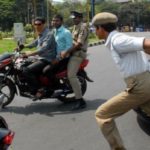 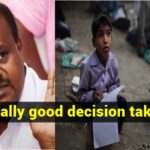