Ranbir made their relationship official when he was asked about the rumours during an interview. The two of them got very close on the sets of ‘Brahmastra’ which is being directed by Imtiaz Ali. Ranbir also stated how everything about his relationship is very new and it needs some time to cook.

The two also made quite a few public appearances together including Sonam’s and Anand’s reception.

During a chat session on Twitter with fan, Ranbir hinted towards wedding bells and we can only feel sorry for all the girls out there who are feeling heartbroken!

As far as Alia is concerned, here is what she feels about the concept of marriage:

“Right now, I am not thinking about getting married. But honestly, I am not someone who thinks about these things. I just go ahead and do them. It could be a very random thing since I consider myself a random person. So, I may make these decisions also at random.”

She also further added, “I am not someone who plans out my life thinking, ‘Well, that’s how it should be done.’ I feel the best things in life should happen when they are least expected. Maybe, people expect me to get married at 30, but I might surprise myself as well and get married before that.”

Their statements have left us wondering if Ranbir and Alia’s decision could be the next big celebrity wedding!

What do you have to say about these adorable lovebirds? Share your thoughts with us in the comment section! 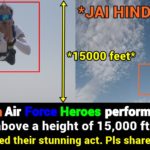