Indian skipper Virat Kohli and Bollywood actress Anushka Sharma were happily travelling in their car. All of a sudden, they came across a man throwing a plastic on the road. In a bid to teach him a lesson, Anushka Sharma opened the car window and gave him an advice not to litter garbage on the road.

The video became widespread all over the social media platform after when Virat Kohli filmed the scene and uploaded it on his official Twitter handle. In this meme world, even when the situation is deemed serious, some people still make an attempt to take a dig at it or make memes to entertain others. This has been the case so far.

This time too, it was no different. Yes, some people made memes on the incident where few of them called it as ‘publicity stunt’. Well, to raise awareness, it doesn’t mean one has to film the incident by showing the culprit face and share it on the social media network.

If it was for society, was there any need to shoot a video and make it widespread on social media? Maybe showing the culprit’s face to the world tempted some to make memes and jokes on Anushka Sharma. Well, there is always an alternative or a better way to counter this situation.

Saw these people throwing garbage on the road & pulled them up rightfully. Travelling in a luxury car and brains gone for a toss. These people will keep our country clean? Yeah right! If you see something wrong happening like this, do the same & spread awareness. @AnushkaSharma pic.twitter.com/p8flrmcnba

Some people on social media appreciate Anushka Sharma’s awareness but questioned the videography whereas others tell that Anushka Sharma should have got down from her car and picked up the plastic with a smile and put it in the dustbin to make it a perfect video.

Few of them commented that Anushka Sharma and Virat Kohli apparently planned this to get good fan-following. Everyone is entitled to his or her own opinion. Please tell us what do you feel about this incident in the comments section. 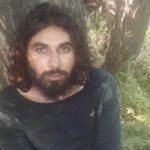 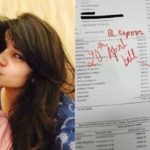