How would you react on your last day in the office? Most people attempt to make their last day look so wonderful, but this Bengaluru techie thought out of the box as he rode horse to reach office on his last working day. Interesting isn’t it? Yes, it is. The software engineer is identified as Roopesh Kumar Verma.

He took his creativity to one step in intensity when he came up with a brilliant idea to counter traffic and air pollution in the electronic city. Seeing this, many captured pictures and took selfies with the techie. Many even uploaded this as their status in social media platform, the pictures of which had gone viral all over the internet.

The caption on that placard read, “Last Working Day As A Software Engineer”. As per the reports from News18, software engineer Roopesh Kumar Verma was tired of city’s traffic and preferred the horse instead in order to protest the issue all by himself.

“I have been staying in Bengaluru for the past eight years and I am fed up of the bottlenecks and air pollution,” he told News18. “Bengaluru is overcrowded and too many vehicles on the road lead to traffic jams every day.”

However, he was not encouraged by the security guards who denied entry into the office. The software engineer told Deccan Herald that security guards at his workplace blocked him at the entrance but he made a strong statement that the horse was his mode of transport.

Not every engineer rides a horse to the work place but Roopesh Kumar Verma’s unique idea made him famous less than a day that his pictures garnered so much reach and attention all over.
“I did not know this would go this viral. This was my last working day and this was my way of taking my frustration out on traffic jams.

There are traffic jams for which sometimes we have to wait as long as 30-40 minutes on the same spot. There will be multiple solutions and we should use the huge IT resources we have,” he told The News Minute. As far as his job is concerned, he is now reportedly find ways to set up his own start-up.

This actually happened in EGL, Bengaluru. Watch out for the banner hanging around his neck. He came riding horse on last day of his job as software engineer.. It seems he is either highly frustrated and/or very satisfied with his resignation… Absolute hilarious… ????? pic.twitter.com/iOcPts551Z 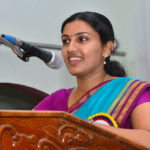 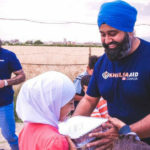