This shocking video of an Indian islamic preacher, which has recently appeared on the internet, has caught the attention of many, including members of our team at ‘The Youth’. The reason being that the preacher in the video, is openly asking muslims, not to wish non-muslims on their festivals, calling it ‘Haraam’ (illegitimate) to do so. Not just this, he also asks them not to eat the special dishes, prepared on these occasions by the non-muslims in their homes.

Question and answer session after a religious lecture

The video appears to be that of a question and answer session, after a religious lecture. Upon observation, it can be seen that the venue of this program was ‘Islamic Research Centre, Aurangabad.’ It can also be seen in the video, that the lecture was by an individual named ‘Adv. Syed Faiz’, though we cannot confirm if the person in the video, is the same. However, what can be confirmed is that the person is disgustingly communal.

Tells the audience, how to do it smartly without appearing to be a religious fundamentalist

The 3 minutes and 30 seconds long video begins with the preacher saying that he’s going to answer a question, probably by someone in the audience, that whether it is okay for muslims to wish non-muslims on their festivals and eat the special food items which they prepare to celebrate the occasion ? The preacher replies that muslims should not do it under any circumstances, and goes on to elaborate his point.

According to him, wishing non-muslims will tantamount to acknowledging the existence of their Gods, which is impermissible in islam. He also tells them how to avoid wishing smartly, and not coming across as a religious fundamentalist at the same time. Giving an example, he says that when someone wishes you a ‘happy diwali’ or a ‘happy holi’, the reply in this case should just be ‘to you’. Which means, that it is their festival, so they be happy about it, but we are not.

He goes on to add that even if non-muslims wish ‘Eid Mubarak’, a muslim is not obliged to wish them back, as nobody asked or forced them to wish muslims, in the first place. He then asks to question non-muslims on the logic behind their festivals on their face, as many of them were ignorant about the same, and says that there’s no historical evidence of the existence of any non-muslim God. He says muslims must shun “Ehsaas E Kamtari” (inferiority complex).

We request you to share this video, so as to make every true secular Indian aware of what’s going on in the country.

(Disclaimer: The Youth does not vouch for the authenticity of the video, nor subscribes to the views expressed in the video, by any individual(s) featuring in it.) 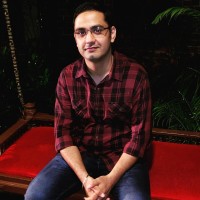 MNS Chief Raj Thackeray lays his support to CAA, says infiltrators should be thrown out of the country