For someone who has given the country not one, but two gold medals, being compelled to work as a labourer for daily wages in MNREGA, is more than just fall from glory. It is shameful for a country which aspires to be a sporting nation, and raises many questions about the sporting system and lack of support to sportspersons. This is a story of  Ashok Soren from Jamshedpur in Jharkhand, who won 2 gold medals for India as an Archer, in the 2008 South Asian Games Archery Championship in Jamshedpur. 28-year-old Ashok who lives in a house made from raw clay in the hilly area of Bhilai in ​​Jamshedpur, has now stopped playing the sport. He has dropped bow and arrows, and has picked up the spade, as his priority now is to feed his family.

But it wasn’t always like this. His arrows always used to hit their targets in archery, but little did he know that it takes more than arrows to achieve some targets in life, until he faced the challenges himself. Father Tuklu Soren died when Ashok was still in his childhood years. Mother Kansawati raised him and his elder brother. Instead of studies, Ashok decided to dedicate himself to archery. It was from his mother, that Ashok got the inspiration of hitting targets.  He then started practicing archery in Devghar.

When he won a silver in the Tribal Sports Meet held in 2005, he thought he’d never have to look back again. He used to wake up early, go to the forest, and do target practice all day long. Later on, when his elder brother Sanatan told the authorities at the JRD Tata Sports Complex about Ashok, he started getting free training there. He went on to win a bronze in the school games. In 2006, he won a silver in the state level junior archery. Then he won a gold and two silver medals in state level senior archery in 2007. Got selected for national level senior archery, and won a bronze there as well. His best came at the 2008 SAF Archery Championships where Ashok won two gold medals for India.

His mother’s death in 2008, left Ashok in a state of deep shock, and he took a lot of time to recover. Family responsibilities had tied his hands. The family didn’t have sufficient agricultural land which could have helped them to earn a living. It was a do-or-die situation for Ashok, and he started working as a labourer for daily wages in MNREGA. But even there, employment is available only for 3 months in a year. Ashok is now spending his life in a hope that perhaps someday someone would come looking for him, and take care of him. He says with visible disappointment, “Nobody cares for me, neither the archery association, nor the state government. What else can I do apart from working as a labourer? MNREGA also provides work for only 3 months in a year.”

Many youths like Ashok can be found in India, who win medals for the country despite poverty and lack of resources, and after intense struggle. If they don’t even get a respectable job after putting in all the hard work worth their sweat and blood, and bringing honour to the country, with Ashok’s plight being a case in point, they’re bound to be in a dilemma. A dilemma, that whether they should take up a career in sports, or whether there’s any scope for progress in playing as a professional sportsperson. Otherwise, why would someone else want to become another Ashok? And here’s India, dreaming of becoming a ‘sporting nation’! 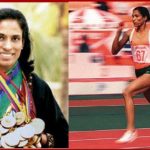