In a strong message to Pakistan, Indian Air Force Chief Marshal BS Dhanoa today said that the Air Force of India is fully capable of striking nuclear sites across the border if the government gives the permission to another surgical strike.

When asked if India, in a war like situation, can take on Pakistan’s tactical and nuclear weapons, Dhanoa said, “The Air Force has the capability to locate, fix and strike across the border.”

BS Dhanoa was addressing a press conference in New Delhi as they are preparing for the Air Force Day which will fall on 8th of October.

Speaking about how prepared the IAF was during the last surgical strike, the IAF chief said that In any operation which takes place, “we are always ready that if anything goes wrong, our air defence should be on high alert should the enemy retaliate”.

He also suggested that the Air Force is ready for “full spectrum operation” in case of another surgical strike.

Although, he added that any decision on Indian Air Force’s involvement in another surgical strike is for the government to take.

Dhanoa further said, “More than 6000 airmen have been trained now to respond to Pathankot-like incidents in the future.”

Speaking on the same subject, Dhanoa said he needs “42 squadrons” to carry out a full spectrum operation in case of “a two-front war”. He said the IAF will achieve its fully fledged strength of 42 fighter squadrons by 2032. 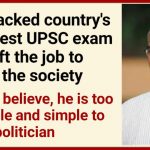 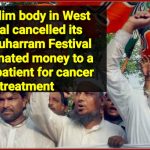