A nation becomes stronger and more successful when the common people are heard. Even though India is a democratic country, thousands of issues have been neglected for years. For the last four decades, Jeevan Kumar Mittal has been an obstinate voice when the majority of the citizens of this country have tried to compromise with the flaws.

Mr. Mittal is a leader of the ordinary people who wants to be India’s first citizen. All he cares about is a sustainable change in society for the greater good. Let’s learn about him before you know how he does so and what the reasons are behind his unique application to be the president of India.

Who is Jeevan Kumar Mittal?

Jeevan Kuman Mittal is a 66-year-old man, living currently in Delhi and working in a tiny office near Milan Cinema in Moti Nagar, who makes different identity cards and documents. He is a commerce graduate from DU and has a family with his wife and three children. From this introduction, you can only feel that he is a very ordinary man with an ordinary life.

However, he filled out the application for the position of President of India three times in 2012, 2017, and 2022. In his vision, as a voter in India, he has the right to participate in the election and bring about a change in the governing trend.

But why did he choose to apply directly to be the President of India without having any political background or support? Here’s what Mr. Mittal’s vision says.

Why does Mr. Mittal want to be the President of India?

Out of all the reasons like power, recognition, publicity, and money, Mr. Mittal chose to be the symbol of change. Yes, that’s why he never tried to be an MLA or MP to make his political career better. Neither did he want support from any strong political party.

Most of the time, people discuss their disappointments and complaints about social issues in a local tea-adda or while traveling on public transport. And currently, this practice has shifted to social media as well. However, Jeevan Mittal chose to fill out the nomination papers for something more dedicated.

But did he only fill out the nomination, get rejected, and continue? Obviously, no. He wrote over 5000 letters to the President on different issues over the last 10 years on the Facebook page Letters to President’.

How did Jeevan Kumar Mittal continue writing letters to the President?

Starting from October 2013, Jeevan Kumar Mittal wrote on current social issues every day on his page. On October 13, 2013, he wrote two different letters to the president with unique registration numbers. The first letter was on the topic of the Aadhar card conflict in Delhi, and the next one was an opinion about the voting system. Gradually, Mr. Mittal continued this practice. Before he applied for the President’s position for the second time, he wrote 1500+ letters. Many of them are recognized by the government of India, and he holds the record of sending the maximum number of letters/suggestions till now.

In 2022, he was the first candidate from Delhi to file the nomination to be the first citizen of India. Back in 2012, he didn’t even know that he needed a letter from the local election Officer to fill out the nomination form, and his application was rejected. In 2017, he submitted all the documents. And this is the third time this resolute man has participated in the league.

Yes, not all superheroes own special weapons. But Jeevan Kumar Mittal has a strong dedication and a clear vision to set an example for all the 200 crore ordinary people who wonder what they can do alone. 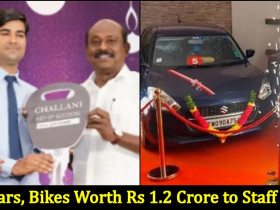