It is so easy to get swayed by social media these days with the filtered pictures and almost perfect models and bodies that we see on the internet. And it is equally easy to be disheartened and obsessed with beauty in an unhealthy way.

Every woman is beautiful in her own way and there should be no competition for the beautiful woman in the world. The word ‘Beautiful’ doesn’t necessarily apply to one’s looks or way of dressing. Beauty is in the way you see it.

Now, in this article, we will take a look at the list of beautiful Pakistani actresses!

Mahira Khan is a Pakistani television actress. She is well known for portraying the role of Khirad Ashar Hussain in the Pakistani drama “Humsafar” for which she received several accolades, including the Lux Style Award for Best Television Actress.

She was born in Karachi and started her career as a VJ in 2006. In fact, she has appeared in only one Indian film to date. She made her Bollywood debut in 2017 as she featured in the Indian-Hindi action film Raees starring Shah Rukh Khan.

Aiza Khan is one of the most gorgeous actresses in the Pakistani film industry. She got hitched to actor Danish Taimoor and the couple have a daughter named Hoorain.

Maya Ali is one of the most beautiful actresses in the Pakistani film industry. She earned fame when her drama Aunn Zara was received well by the audience.

Soniya Hussain is a popular Pakistani actress, TV host and also model. She has plied her trade in several Pakistani dramas. Besides that, she has also worked in Pakistani movies. For the unversed, she is married to a model named Wasif Muhammad.

Syra Shehroz is a former VJ and presently a Pakistani model and an actress. She is married to an actor Shehroz Sabzwari. The couple are blessed with a daughter.

Popular Singers and their Educational qualifications that you didn’t know 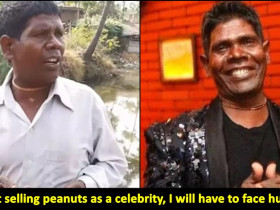 “I am celebrity now,” Kacha Badam seller is no longer selling peanuts after going viral