Priyanka Chopra made a name for herself as one of the most successful celebrities in the Bollywood industry. She is famous not just in India but across the world. Priyanka shot into prominence when she became Miss World in 2000. She was crowned the Miss World not only because of her beauty but because of her hard work, grit, dedication and capability.

She ranked in 72 of the 100 most beautiful faces in the year 2012. Other than doing her profession, she is more into reading, writing poetries, and dancing to Indian music. Although she kick-started her career as an actress in 2000, she once dreamt to become a software engineer or a criminal psychologist at the end of Grade 10.

Her debut in Indian film was in 2003, in the film “The Hero”. Priyanka Chopra is also called a philanthropist and is widely recognized for her work in the environment, women’s rights, or education.

Earlier before Priyanka Chopra’s marriage. her parents were not in favour of her marrying some who is not of Indian descent. So, Priyanka’s aunt had a keen eye on another TV star Mohit Raina. According to Priyanka’s aunt, Mohit was the perfect sweetheart as he was a “good man, disciplined, honest, young man who is also an exceptionally good actor”.

However, as it turned out, Priyanka’s parents came around and accepted Nick Jonasas their own. Soon after Mohit Raina was notified about him being in the race for a suitor for Priyanka once. Upon learning, Mohit was extremely happy. He mentioned that it was his pleasure that he was thought of the eminence that Priyanka is.

He also went on to add saying that it is probably not possible because Priyanka is a much greater star than he is. Needless to say, he also promised even if not in this lifetime, they will surely get together. 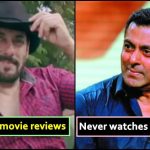 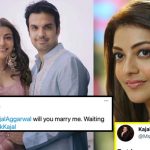