Pakistan’s athlete by the name of Arshad Nadeem hogged the limelight as he gave the nation its first-ever gold medal in the javelin throw at the Commonwealth Games 2022. The athlete broke the 90m barrier in the final of the men’s javelin throw and came through with flying colours.

He clinched the gold medal. He took it to his official Instagram handle and shared a video clip of his performance. gold medal. Meanwhile, India’s Neeraj Chopra wrote a congratulatory message for the Pakistani athlete in the comments section.

It all started when Pakistan athlete Nadeem shared the video snippet and wrote, “Allah k karm se or aap sab ki duao se Commonwealth games Ka Gold and Commonwealth games New Record 91.18m. Thanks (With the grace of God and your prayers I have won the Commonwealth Games gold and also set the new record of 91.18m.)”

Meanwhile, Tech Mahindra chairman Anand Mahindra heaped praise on the camaraderie. He shared a screenshot of Neeraj Chopra’s congratulatory message for Nadeem and then posted it on his official Twitter handle.

“This is how the world should be A Gold medal to both of them for demonstrating the difference between competitiveness and enmity. #NeerajChopra #ArshadNadeem,” Anand Mahindra wrote. His tweet went viral in no time on social media.

For the unversed, Neeraj Chopra pulled out of the Commonwealth Games after sustaining a groin injury in the World Championships, where he won the silver medal. 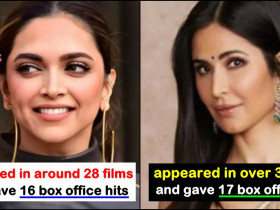 Wife sent her husband to jail 13 times, but surrenders to his enormous love, both start a new life together