Aamir Khan is a well-known and renowned Bollywood actor. He has a massive fan-following in India. He is best known for his acting. At the same time, he is known for his controversies as well.

He just announced his separation from her wife, Kiran Rao. Today, we’ll discuss some of Aamir Khan’s intricate and multi-layer loved of the Bollywood actor.

Reena Dutta is Amir Khan’s first wife. They married on April 18, 1986, when they were both young and in love. They have two children, Junaid and Ira, however, they divorced in 2002, even though both of them took excellent care of their children.

Aamir Khan and his second wife, Kiran Rao, recently announced their divorce. They initially met on the set of Lagaan in 2001, where Aamir played the lead and Kiran served as the film’s assistant director.

After Aamir’s initial divorce in 2002, he reconnected with Kiran and the two began dating, eventually marrying in 2005. Azaad is the name of the couple’s son. But, regrettably, their marriage terminated after so many years.

On the set of Gulaam, Aamir began dating Jessica, a British journalist by trade. According to accounts, they used to have a live-in relationship, but when Jessica became pregnant, Aamir advised her to end it, but she gave birth to a son named Jaan in 2003.

Aamir Khan was also linked to Pooja Bhatt, Mahesh Bhatt’s daughter. Dil Hai Ki Maanta Nahi is the location where they first fell in love, however, they eventually parted ways and moved on with their lives.

In 2001, when the movie named Dil Chahta Hai hit the screens, fans were taken aback by rumours that Aamir Khan and Preity Zinta married secretly. In fact, the chemistry between Aamir and Preity in the movie triggered more rumours and garnered a lot of attention. The speculations were rife after Aamir and Reena Dutta parted ways. However, Aamir and Preity never accepted their rumoured relationship. 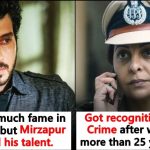 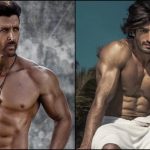