10 fittest actors in Bollywood you should know, they set a great example

Not only are Bollywood stars renowned for their acting abilities, but also for their fit physiques. No one takes fitness more seriously than our B-town celebrities. With the passage of time, the fit figure has become an integral aspect of the film hero’s persona.

Actors must train really hard to have that chiselled physique and toned abs. Setting fitness goals requires a significant amount of time and energy, ranging from a strenuous workout to a tight diet.

Some actors exercise solely for the sake of appearing acceptable on film, while others exercise for the sheer joy of it. These actors don’t just exercise; they live it.

The Khiladi of Bollywood began his career as an action hero. Kumar, who is trained in martial arts, is well-known for his stunt work in films. Akshay is one of the few actors that avoids the gym and does not supplement with protein shakes, steroids, or performance enhancers.

His jaw-dropping physique is the result of a combination of exercises including lengthy walks, martial arts, stretching, yoga, swimming, and meditation. Additionally, he plays basketball at least three times a week.

Akshay possesses practically every desirable habit imaginable. The 52-year-old actor begins his day at about 4:00 a.m. and ends it around 9:00 p.m. His rigid and disciplined way of living is inspirational. Akshay, who is 52 years old, can easily outrun anyone in their twenties. His active lifestyle inspires millions to maintain a fit and healthy lifestyle.

John Abraham is without a doubt one of the industry’s fittest actors. While his acting career has had ups and downs, his fitness game has remained consistent. It is virtually difficult to discuss fitness without mentioning John.

He regards exercise as a religion and promises to never miss a workout session. His muscular physique and bulging biceps are the product of a well-balanced workout regimen that incorporates functional training, cross-fit, jogging, cardio, and strength training.

His formula for a desirable physique and healthy life is a no-alcohol, no-sugar, and no-nicotine lifestyle. He stands by two basic rules: never skipping a workout and eating a balanced diet.

According to the UK-based Eastern Eye journal, Hrithik is the hottest Asian man in the world for 2019 and the last decade. This Greek god of Indian cinema has an unbelievably toned figure for a mortal being.

Fitness is never simple, and for Hrithik, maintaining that sculpted body and god-like figure requires hours of training and a strict diet. His training consists primarily of cardio and weightlifting. He stunned the world when he shed 10.5 kilogrammes and three inches from his waist in ten weeks for his flick Krrish 3.

His passion for fitness is also obvious in his business decisions. Several examples include his relationship with Cult. fit, India’s fastest growing fitness chain, and his own brand HRX. The 46-year-old actor is a source of inspiration for everyone. His smokin’ sexy physique is the result of hours of tough training and hard work.

Tiger stunned audiences with his debut film’s stunts and action sequences. Tiger is frequently spotted flaunting his dance talents and a supple body.

He holds a black belt in Taekwondo and has also studied other martial arts. The relative newbie has already defeated numerous opponents in the fitness game. He is one of those performers who is more well-known for his physique than his playing.

Apart from professional bodybuilders and a select few others, there are only two or three persons in the fitness business that can outrun Tiger.

Shahid has done it all, from chocolate-boy looks to a fearsome royal persona. The chocolatey boy of the 1990s has evolved significantly over time. His huge biceps and well-defined body are evidence of his dedication and hard work. In 2017, Eastern Eye named the father of two the “Sexiest Asian Man.”

His acting and toned figure have always garnered attention. His remarkable transformations for his roles are nothing short of miraculous. His shredded physique, massive biceps, and defined abs are the product of a rigorous lifestyle. His acting profession and fitness lifestyle serve as an inspiration to anyone looking to learn how to balance the two.

He has been training in Kalaripayattu, an Indian martial technique since he was three years old. He has received professional training in martial arts and also participates in gymnastics. With his debut film Force, he demonstrated his musculature and martial arts abilities to the world. Vidyut prefers to conduct his stunts himself and is an expert.

His fitness schedule is far more extensive than anyone could anticipate. He exercises from 6 a.m. to 11 a.m. and again from 5 p.m. to 9 p.m. To be sure, this is unadulterated dedication. It’s evident now that his hours of practice are the reason for his jaw-dropping body. His workout hours are sufficient to demonstrate his passion for fitness and commitment to it.

His workout regimen is unique in comparison to that of many other celebrities. He favours routines that build stamina, such as aerobic and other sports, over heavy weight training. He is not a gym enthusiast and likes to stay active through sports such as tennis, football, and swimming. His passion for exercise dates all the way back to his athletic days as a child.

Physical fitness, he asserts, is inextricably linked to mental wellness. He believes that living a healthy lifestyle improves everyone’s concentration, willpower, and determination. Arjun Rampal, 47, does not appear a day older than 25, because of his dedication to fitness.

The Bhaag Milkha Bhaag actor has wowed his admirers with his outstanding acting abilities and ripped physique. His super-toned appearance in Bhaag Milkha Bhaag was not achieved in a single day. He trained diligently for months, working out 5-6 hours per day. Cycling, repetitions, swimming, football, and stair running were all part of his workout.

New images from Farhan’s forthcoming film Toofan is once again setting significant fitness goals for millennials. Farhan’s quickness, fitness, and astounding metamorphosis all appear impossible. Farhan appears to have fully embodied the role of a boxer. His fresh look and ripped physique are motivating many people to get up and start exercising.

Milind Soman is India’s first male supermodel and every lady’s ideal man. Milind has always taken excellent care of his physique as a fitness enthusiast, which enables him to live a happy and healthy life.

Milind has been in the modelling profession for many years and continues to be a fierce competitor for aspiring models. His passion for fitness is not new, but his consistency and determination at the age of 53 are admirable. His training consists of a variety of workouts, including climbing 100 floors, 100 squats, and 100 push-ups.

His Instagram demonstrates that his amazing features are not a result of a miracle and that he works hard for them. His motto is to work out every day, whether for 5 minutes or 5 hours, but to engage in some form of physical activity.

A performer who has contributed some outstanding performances to the Hindi cinema industry. His attention and devotion to his work are readily apparent, as he flawlessly transitions from one figure to the next. Along with his acting abilities, everyone admires his physical modifications.

Randeep is a fitness enthusiast who is co-owner of Body Building India, a fitness and supplement firm. For him, being fit entails being healthy and active. For some, it may mean going to the gym; for others, it may mean participating in sports or other physical activities throughout the day. His transformations for various roles and return to his sculpted shape inspire others to appreciate their art and strive diligently to reach perfection.

With these celebrities setting high standards for fitness, the trend toward a fit physique and sculpted figure is gaining traction in B-town. If any of them inspired you, then get to work on achieving your dream body. 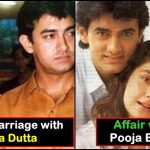 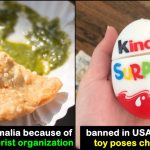