We have stumbled upon countless shocking love stories over the decades or generations. But what you are going to read is totally a different story altogether. This is the story of US beauty queen Joyce McKinney, who abducted a boyfriend and then made him a sex slave. She was on the receiving end for stooping so low for her act.

The beauty queen of Hollywood in the ’70s allegedly travelled thousands of miles to sexually enslave and abduct her one-boyfriend. Yes, you read it right. We are not kidding either. This is a story that happened four and a half decades ago. It was at that time, Joyce was 25 years old where she met 19-year-old Mormon Anderson in a drama class in America.

The two fell in love at first sight and started developing an emotional bond together. However, the relationship didn’t last long as Joyce made up his mind to move away from McKinney. But, Joyce was not at all happy with the separation as she decided to find her. Former Miss Wyoming World McKinney roped in a private detective to find him.

One man added that he joined McKinney’s work because he was attracted by her body when she first met him. McKinney and her architect friend Keith May had rented a cottage near Okehampton.

Soon after that, McKinney liked Anderson. But what happened next was totally unexpected. McKinney is accused of then tracking down her boyfriend and tying him to the back of his car, menacing him with a fake gun. After that, they came back to the cottage. The incident happened in October, about 44 years ago.

As per Daily Star, McKinney allegedly tied him to the bed with a 10-foot chain and handcuffs. She later tore his underwear and frequently had sex with her. McKinney had told Epsom Magistrate in the year 1977 that she was in love with Anderson, and he concurred every time. But she was accused of keeping him as a sex slave. 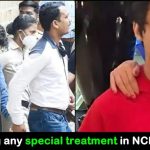 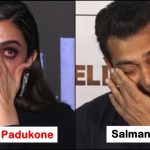