At the same time, Anand Mahindra also knows how to shut down haters by giving epic replies. The chairman of Mahindra Group has been quite active on the micro-blogging Twitter portal and his tweets draw attention more often than not.

He always comes up with interesting, inspiring and entertaining posts. In fact, he never lets his fans and followers have a dull moment while interacting with him on social media. Anand Mahindra recently won everyone’s hearts with his witty reply to a fan.

The fan suggested the top businessman to buy Jet Airways. The user also suggested that the tycoon could rename airlines as “Mahindra Airways”. “I think you should buy Jet Airways and make it as Mahindra airways. I think it will work,” Mathpal wrote.

This is how Anand Mahindra replied to his tweet

His tweet caught the attention of the business magnate who decided to give a witty reply to the follower. The chairman of the Mahindra group took time and wrote: “Remember the quote: ‘If you want to be a millionaire, start with a billion dollars and then start (buy) an airline!”

Jet Airways had suspended all its operations earlier in 2019 after it declared bankruptcy. It is to be noted that Airways owes above Rs 8,000 crore just to banks, and some thousands of crores to vendors and employees. 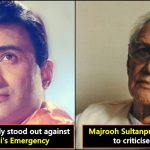 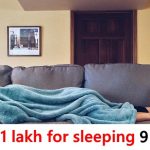