Kamaal Rashid Khan makes the headlines for all the controversial reasons. Well, he didn’t wind up in controversies for the first time. If you remember, he appeared on Big Boss season 3 and was evicted on the 19th day for his distasteful behaviour.

In this article, we will take a look at the celebrities who handled KRK’s trolls and silenced him on Twitter.

Bollywood and south Indian film actress Rakul Preet Singh made up her mind to give a bold reply to those people trolling her over a video clip where she can be clearly seen coming out from a medical store. The incident took place last year during coronavirus lockdown.

Meanwhile, Kamaal Rashid Khan (KRK) took to his official Twitter handle and tweeted a day back a video of Rakul, with a caption asking, ‘if she was out buying alcohol?’

KRK tried to take a dig at Rakul after the liquor shops were opened amid nationwide lockdown with some restrictions.

Meanwhile, the gorgeous actress, who is quite active on social media these days keeps posting some super cool posts to keep busy in this quarantine season.

It didn’t take much time for Rakul to give a sassy reply. “Oh wow ! I wasn’t aware that medical stores were selling alcohol,” she wrote.

However, this isn’t the first time that KRK has been involved in a Twitter controversy.

Previously, he even named Shah Rukh Khan, Salman Khan and Aamir Khan’s when his Twitter account was earlier suspended.

Meanwhile, KRK made a shocking comment on Alia Bhatt. Yes, you read it right. KRK made a nasty remark about Alia Bhatt while referring to the 2016 Vogue cover of Sidharth Malhotra and Alia Bhatt.

While several users liked the Vogue cover, KRK wrote: “Alia looks so Bacchi in panty but still some people keep forcing her to wear it.”

The tweet caught the attention of Sidharth Malhotra, who came up with a savage reply to KRK. In his response, Sidharth trolled KRK and wrote: “Sir! We also try very hard to tell u to shut up but u keep tweeting! @kamaalrkhan” 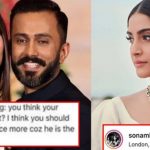 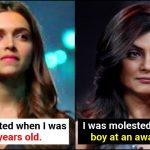