The Bollywood industry has largely been influenced by people who haven’t heir link-ups in the film industry without the shadow of any doubt. The so-called star kids of already established ones are already in the headlines for all the reasons and are allowed to stay there despite their success or failure.

While social media is a platform for people to remain in touch, it also comes with its fair share of cons as well. Bollywood celebrities also use this platform to interact with their fans but they also have to deal with trolls and abuses.

We often see Bollywood celebrities being trolled and abused on social media. At times, they become so fed up with all this negativity and hatred so much so that they decide to quit social media.

Twitter was filled with a continuous humming sound recently with as many as six celebrities deactivating their accounts citing negativity and social media toxicity that kept bothering them. Here is the list below:-

Sonakshi Sinha had deactivated her Twitter account amid ongoing debate on nepotism. Sharing Amy Poehler’s GIF in an award show, the actress in her last tweet wrote, “The first step to protecting your sanity is to stay away from negativity. And nowhere more of that than Twitter these days. Chalo I’m off– deactivating my account. Bye guys, peace out.”

“Done with Twitter… just a breeding ground for hate and negativity… very sad that a platform so powerful, could not be used to create a better world… praying for peace and love always… deactivating my account now … @Twitterindia”

For the unversed, Saqib Saleem is the brother of actress Huma Qureshi. Before deleting his Twitter account, he interestingly wrote a break-up letter to Twitter, sharing his feelings and decided to quit the platform. His post reads,

I am Breaking Up with you Twitter. Hey Twitter, when we met for the first time, you were a lovely. A great platform to express feelings, gather knowledge and understand many different points of view. But, of late you seem to have gotten lost in all the hate everyone is so ready to throw at each other, a place of bullies, a place where abusing people is a normal code of conduct.

These last few days have forced me to realise that I don’t need this kind of energy in my life, where I wake up to hatred, where kindness is lost. It has made me realise that I need to surround myself with people, things, content and vibes that reflect who I want to be and how I want to feel; energies are contagious!

Thank you to my almost 99k followers for all the love. We will stay connected through other platforms, but for now, Twitter and I are done. In a world where you can be anything, be kind.

Aayush Sharma who is an actor and Salman Khan’s brother-in-law has also deactivated his Twitter amid the nepotism debate. In his last tweet, he wrote, “280 characters are less to define a human being.

But 280 characters are more than enough to spread fake news, hatred and negativity. Didn’t sign up for this nasty herd mentality. Khuda hafiz.”

Neha Bhasin had announced that she is quitting Twitter because it is too much toxic for her mind. The singer penned two tweets and quickly deactivated her account. Neha wrote, “Quitting Twitter for good. It is just too toxic for my mind. I only want to create music. I don’t want to see the garbage people carry in their minds. I take the right of everyone to come and say whatever they feel like to me away.

Stop calling people underrated. It is annoying. Khud kuch stars ko sarr pe chadhate ho phir khud kuch logon ko underrated bolte ho. And everyone having a phone to type an opinion is annoying too. I miss pre phone era when I didn’t know everyone’s opinion on everything. Boring.” 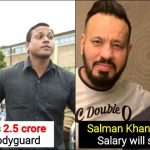 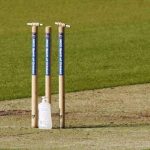