Shashi Tharoor‘s excellent use of English and his ability to throw large and complex words in everyday conversation were what made him a meme material. Now, a picture of him celebrating Onam triggered a meme-fest online.

Just a few days ago, during the special festival of Onam, Shashi Tharoor uploaded a picture of himself hammering a coconut at a temple. Shashi Tharoor took to Twitter and wrote: “And then offered a “Niramala” at the Elevanchery Bhagavathy Kshetram a few minutes from my ancestral home (where I also smashed a ritual coconut & prayed to the Naga gods worshipped by all Nairs). #Onam blessings to all especially those suffering in these troubled times.”

Even Shashi Tharoor appreciated the memes:

“There are many of these memes going around using the pic of me ritually smashing a coconut. I don’t know who dreams them up by they are often very funny. This one is one of my favourites,” Shashi Tharoor wrote. 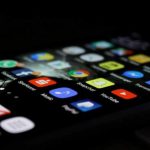 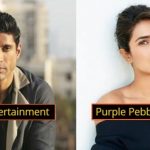