Mukesh Ambani, a billionaire, is one of the world’s wealthiest men and Asia’s wealthiest. Mukesh and Nita’s Antilia, a 27-story tower where they live, is as famous as the Ambanis themselves! With helipads, swimming pools, health centres, garages for 168 automobiles (! ), temples, and more, the opulent South Mumbai residence is one of the world’s largest and most ornate private homes.

Mukesh Ambani is the owner of the second-most expensive home in the world, which is, Antilia, ranks after Buckingham Palace. Antilia, the Ambani residence, is worth Rs 1,40,000,000,000 (14,000 crore rupees or USD 2 billion).

It is located in one of the most expensive residential areas in India, Mumbai’s Altamount Road. The property rates here are a staggering Rs 80,000 to Rs 85,000 per square foot. Antilia has an ice-cream parlour, a mega-temple and a private theatre that can accommodate 50 people and a salon as well.

The six floors in the building are strictly dedicated to parking with space for over 168 cars.

But, before moving to Antilia ten years ago, where did Nita and Mukhesh live? While Antilia is unrivalled in terms of wealth and luxury, Mukesh and Nita’s previous residence was Sea Wind, a building they shared with Mukesh’s brother and his wife’s family, Anil and Tina Ambani. The two brothers, who had been groomed to take over their father Dhirubhai Ambani’s enterprise, have failed to do so.

However, while Sea Wind was not Antilia, it was far from being “simple.” Several media stories claimed that all the members of the family lived on different floors of the 14-story building. According to several media stories, the Ambani children, Isha, Akash, Anant also had their own floors. Mukesh and Nita relocated to Antilia with their children, but his mother remained at Sea Wind. 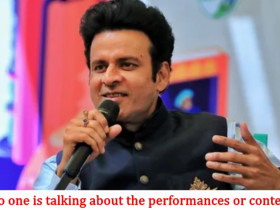 Couples who shocked their families with an unexpected twist