Fear is synonymous with life. There are various pathways in life that, if followed right, can turn your life upside down. All you have to do now is choose the options that are given wisely and accurately. You will be presented with various possibilities during your life; it is up to you to seize those opportunities and make the most of them.

The most popular show, Kaun Banega Crorepati, is one of them. A quiz show in which contestants are asked to answer questions that are put in front of them. You can earn money if you answer them correctly.

In 2001, Ravi Mohan Saini scripted history as he became the first child to claim the prize money of Rs 1 crore on KBC Junior. Ravi Mohan Saini was the star of India’s most popular quiz game show Kaun Banega Crorepati (KBC).

He was only 14 years old when he won the prize money as he successfully answered all 15 questions correctly to claim the whopping prize back then. Well, you would be surprised as to what he is doing now.

Ravi Mohan put the prize money towards his education

Ravi Mohan Saini studied hard and put the money towards his education and accomplished his goal by cracking the UPSC. He is now a member of the IPS.

It is worth mentioning here that Saini is also an MBBS and he was a topper throughout his academics. He managed to crack Civil Services through self-study.

Saini was studying in class 10 when he won Rs 1 crore in Kaun Banega Crorepati Junior. Later, he said in an interview that he tried his luck at KBC Junior because he wanted to stumble upon Bollywood megastar Amitabh Bachchan.

“After my schooling, I did my MBBS from Mahatma Gandhi Medical College in Jaipur. I was doing my internship after MBBS when I cleared UPSC. My father was in the navy and I joined the police force after being inspired by him,” Saini once said in an interview.

Ravi appeared in the UPSC exam for the first time in 2012. He was quite successful in passing the Preliminary exam but he could not crack the Main exam. However, he appeared in UPSC again in 2013 and was selected for Indian Post and telecom, accounts and finance services.

In 2014, he appeared again in the exam and qualified for the Indian Police Services (IPS) with an All-India Rank of 461. Kaun Banega Crorepati already made its return with its new season – KBC 13 on August 23 (Monday). 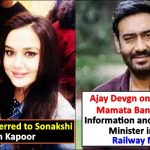 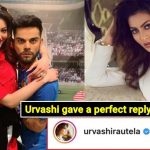