Actors from Bollywood are regarded as role models. The audience is drawn to them because of their larger-than-life onscreen image. However, sometimes the opposite occurs, and these heroes lose their composure and command at times.

Nonetheless, there was a time when the big actor had a terrible experience with a journalist who wrote a slanderous story about him and his co-actor.

As per Anupama Chopra’s book King of Bollywood: Shah Rukh Khan and the Seductive World of Indian Cinema, in 1992 when SRK shot highly explicit scenes with Deepa Sahi in their movie, Maya Memsaab. The movie was directed by Deepa’s husband Ketan Mehta.

During that time, a famous magazine Cine Blitz published a story that alleged that Ketan Mehta reportedly asked his wife Deepa to spend time with SRK in a hotel in order to get comfortable with each other before shooting the explicit scene.

The report also added that the two actors complied and in the subsequent next day, the scene was shot only in front of Ketan and the DOP. It is to be noted that the story was published without a byline. As a result, nobody exactly knew who had written it.

Meanwhile, Shah Rukh Khan was upset and angry as to what was written about him. He ran into a journalist identified as Keith D’Costa at a film function thinking that he had written the malicious story. He even went into their office, shouted and threatened to thrash him up.

In an interview to David Letterman, SRK had addressed the incident and said, “I got very angry and called up the editor and said, “You wrote this”. He said, “But listen, can you take it? It’s just a joke.” I said, “But I don’t find it funny.” So I went down to their office and misbehaved a lot. I went there and I shouted and I screamed and threatened to hit people. I said, “I’m gonna take off your clothes and make you stand naked with me. Would you find that funny?”

So when Keith lodged a complaint against SRK, the cops came to pick him when he was shooting for a film. “They sat down very sweetly and they said, ‘We have a few questions to ask you.’ I said, ‘Do you want me to pack and we can chat in my car?’ Because I always assume anyone who meets me is a fan. They said, ‘No, we want you to come in our car,” revealed SRK.

Shah Rukh Khan was arrested from Film City and was taken to Bandra Police Station. When the actor saw the small prison cell with human faeces in it, he pleaded to the police officers to let him go. After getting out on bail, the actor went to Keith’s house at night.

“There were a lot of cops outside who didn’t know why they were there. They didn’t know it was against me. I said, “Hi, how are you?” And I walked up to him (the cop) and I asked for a matchbox for a cigarette and (lit up) right outside his window. So he knows that I could have been there and I just lit my cigarette, looked at him and went off. I’m very mature like that,” SRK told David Letterman.

2 years later, SRK was pretty much convinced that Keith didn’t write the story. He had also apologised for his angry behaviour. After that, he also did an exclusive photoshoot and gave interviews to the magazine.

Aryan Khan, the son of Shah Rukh Khan, is one of Bollywood’s finest performers. Unlike many of Hollywood’s other lucky kids, Aryan is yet to appear on the silver screen of Bollywood. On the other hand, an upcoming premiere served only to heighten the anticipation for the Junior SRK.

In this article, we are going to reveal 10 unknown facts about Aryan Khan.

1. Aryan debuted in the Hindi film business in 2001, playing the younger Rahul in one of the most famous films of the time. Aryan appears as a small child who grows up with Rahul in the film’s opening song, played by SRK.

2. According to reports, Aryan Khan will make his big Bollywood debut as a producer and director, with Karan Johar starring opposite Khushi Kapoor, Boney Kapoor’s younger daughter, and the late Sridevi.

3. Aryan Khan prefers to work behind the camera over being in front of the camera. He is quietly preparing himself to be launched as the man calling the shots while taking a cinematography and writing course at South California University.

4. Aryan Khan is one of the modern-day celebrity offsprings who does not wish to extend his fame status to his professional life. He wants to forge his own identity, just like his father did in his own time. Naturally, Aryan does not appreciate being referred to as SRK’s son.

5. Aryan Khan is also a dedicated fitness fanatic. Aryan was trained in martial arts and earned a gold medal in the Maharashtra Taekwondo tournament in 2010. He also holds a black belt in Taekwondo.

6. In addition to his physical prowess, Aryan Khan has a stunning voice. He dubbed the words for Tez’s role in the movie Hum Lajawab Hain in 2004 and received an excellence kid dubbing artist award.

7. Consequently, Aryan’s exposure to the paparazzi as a famous child is restricted. He frequently avoids the media since he suffers from vehicle sickness shortly after going.

8. Aryan Khan was a member of Kabhi Alvida Naa Kehna, where he scored the game’s winning goal. Unfortunately, the sequence was removed from the final version of the film.

9. Another scandal broke the family apart when it was revealed that SRK’s youngest kid Abram was actually Aryan’s love child. It said Abram was born to a surrogate mother, but the tabloids believed it was Aryan’s lovechild with his Romanian lover. All of these rumours were blasted by SRK, who went all guns blazing at the media.

10. In 2014, a video of Aryan enjoying some private moments with Navya Naveli, Amitabh Bachchan’s granddaughter, went viral. However, it was eventually discovered that the faces in the film were just the appearance of the celebrity youngsters. 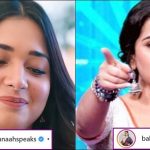 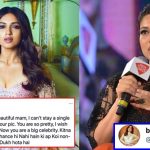