The internet has the ability to transform you into an instant celebrity. We saw many ordinary people rise to fame simply by uploading a mere dancing or lip-syncing video.

People are now making a living off of social media because of its tremendous influence. We’ve also heard of the girls who rose to fame thanks to social media and became the nation’s favourite. Check them below.

Priya Prakash Varrier was seen winking in a short clip from the movie Oru Adaar Love that went viral on the internet. People dubbed her the “winking teen” and “National crush” after she became a celebrity overnight. She has hit almost one million Instagram followers.

She received praise for her performance in Dil Bechara, in which she co-starred with Sushant Singh Rajput. Sanjana was also seen in Hindi Medium prior to her big break. She was named the top Breakout Star of Indian Streaming Films and Web Series by IMDb this year.

Manushi Chhillar is the epitome of perfection with a brain. She was crowned Miss World in 2017. She was a medical student in Haryana and now the model turned actress is set to make her Bollywood debut in Prithviraj, opposite Akshay Kumar.

Many of the famous singer’s songs have been posted to YouTube. People adore her expression, but it’s impossible not to note her attractive appearance. With the film Nikamma, she is set to make her Bollywood debut.

Disha became an instant sensation after making her debut in MS Dhoni’s The Untold Tale. She has a large social media presence and often shares her photos to keep followers up to date. 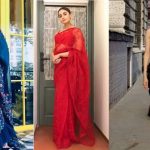 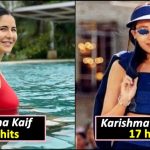