In a digital world where people of age groups 13-25 years are obsessed with playing games on their smartphones, there is one game that youths can’t take their eyes off. It is PUBG.

Ever since its inception, the online multiplayer game has reached out to all parts of the world with almost every youth having the game installed on their handsets. However, people not only play this game for entertainment but also to earn money too.

The Indian government banned this app earlier and the Indian version of PUBG identified as Battleground India has been released on the play store recently. Case in point, an iPhone game cost a father a whopping £1,300 after his son made several in-game purchases.

The father who is a doctor was forced to sell his car to pay the bill. The incident happened in North Wales, UK. It is said that the 7-year-old boy by the name of Ashaz played a popular iPhone game Dragons: Rise of Berk for as many as 60 minutes.

Later, his father consultant endocrinologist learnt about the matter. Muhammad Mutaza was taken aback after coming to know that the free version of the game permitted unlimited purchases to players aged so young.

In a recent interaction with Daily Mail, the 41-year-old dad mentioned how the game permitted any number of transactions of up to £99.99 to players. Given that the game is meant for 4 years, and above, he had also argued that the amount of purchasing power is way too high for young kids.

Initially, he thought that he was scammed. Upon checking all the emails, he came to know that there were multiple transactions that led to a massive total. Muhammad had complained of this to Apple and after which the company refunded him £207 (approximately Rs 21,000).

The remainder of the bill is still enormous and to cover the cost, Muhammad had to sell his Toyota Aygo car. Now, the family man plans to contest the charges in court. 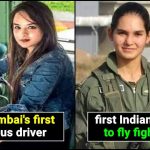 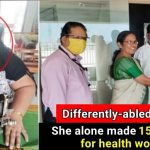