Never underestimate the power of engineers in today’s world. They can go to any extreme and achieve something big in life. This is a proven fact. When you ask a random guy or a girl why Engineering was their priority, s/he would say “I decided to study Engineering because my friend joined the same course or I joined because of self-interest (can be a lie too).”

Now let’s take a look at the 10 Engineers who went on to become prominent actors in the Indian film industry.

Sushant scored 7th rank in the AIEEE examination for engineering and studied Mechanical Engineering at the Delhi College Of Engineering. But he dropped the course after three years and started to his career in acting.

Before becoming popular on the TV with Humsafar, he was pursuing Computer Engineering at the National University of Computer and Emerging Sciences (NUCES) in Lahore. The actor was not good at coding and hence he decided to take acting.

The Masaan actor has his engineering degree in Electronics and Telecommunications in 2009 from Mumbai’s Rajiv Gandhi Institute of Technology. Interestingly, his story is quite similar to Tamasha as he found the job too boring and chose to act instead.

Kartik Aaryan, the ‘Pyaar Ka Punchnama’ guy is known for his lengthy speech in the movie. While doing an engineering course, Kartik took an acting course which helped him mature as an actor in a young age itself.

Taapsee Pannu has acted in Tamil, Hindi and Telugu films. The ‘pink actress’ is a graduate of the Computer Science Engineering Department from New Delhi’s Guru Tegh Bahadur Institute of Technology. Before taking up the role in Pink movie, she plied her trade as a software engineer.

Sonu Sood might not have made a big mark in the Bollywood industry but has performed well in Telugu cinemas as a villain. He is a pass out from Yeshwantrao Chavan College of Engineering in Nagpur with a degree in Electrical Engineering.

Madhavan is a famous actor in Tamil industry and is popularly called as ‘Chocolate Boy’ or ‘Maddy’. Besides creating a big impact in Tamil movies, he has done some good movies in Bollywood too. He featured in ‘3 Idiots’, which became a sensational hit at the box office. Madhavan is a graduate in electronics engineering from the Rajaram College in Kolhapur.

Before hogging the limelight for his comedy roles in Bollywood, Kader Khan held a Master’s degree in Civil Engineering from the Institution of Engineers (India) and also taught the course at MH Saboo Siddik College of Engineering in Byculla. He has appeared in around 300 movies and drew his last breath on December 31, 2018.

Parashar is quite popular for his role The Viral Fever’s web series ‘Tripling’. He graduated from Indian Institute of Technology, Delhi with a degree in Mechanical Engineering. 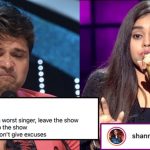