Ever since the inception of Motorsports, it was best suited only for men however Bengaluru-based woman biker Aishwarya Pissay broke gender stereotypes as she became the first Indian in the history of motorsports to win a world title.

“I have had two major accidents. One in which I hurt my collar bone in 2017, then I had a bad fall and ruptured my pancreas in 2018. I underwent surgery and was in hospital for two months. There was not a single day in the hospital that I thought I would not be able to race again. That incident taught me the importance of never giving up,” she recalled.

A medal at the Youth Nationals in the year 2009 changed the entire complexion at home.

“When I got a silver medal at the Youth Nationals, my father started supporting me and has believed in me since then. Our relatives used to tell my parents ‘why are you sending your daughter out of the house in the wee hours? Something bad might happen to her’, but my parents didn’t pay heed to their trash talk.

In my entire journey of becoming a boxer, my mother (Damyanti Devi) gave me unflinching support,” Pooja, who idolises two-time world and Olympic champion Claressa Shields of the US, said.

There are several success stories of athletes across the world. Every story is different from the other and for sure, athletes inspire us in many ways. This is why we love them, support them and admire them with full of zeal and zest.

The story of Ragnhild Myklebust is one that needs to be told. It is so inspiring. Ragnhild, who is a para-athlete is a popular figure in winter Paralympics. Yes, just like Paralympics in summer, there is winter version too.

Case in point, Ragnhild Myklebust who is a professional skier by trait hails from Norway. She carved out a reputation for herself as one of the best athletes with ‘never give up attitude’.

Her journey was not that easy. She fought polio from a young age and yet went on to touch the pinnacle of success in the sport of skiing. Hailing from Norway, which makes Ragnhild’s magnificent achievements is the fact that she started competing in the Winter Paralympics only after entering the 40s, proving that age is just a number.

She has been statistically very good in numbers. The phenomenal athlete showed that she is well and truly consistent on the big stage.

Her story is amazing and inspiring and the fact that sue tackled polio to do what she achieved, just goes to show her grit, determination.

The highlight of her sports career is that she won a staggering 27 medals at the Winter Paralympics between 1988 and 2002. It is worth mentioning here that 22 of them were gold medals, 3 silver and 2 bronze, which is the most number of medals any para-athlete has bagged in the history of the Winter Paralympics. What an amazing achievement! Let’s give her a big round of applause.

She left an indelible mark in sports career and also set a classic example for other para-athletes to follow suit. She brought all laurels and glory to Norway on the international stage.

Our Indian woman athlete Swapna Barman scripts history as she won India’s first-ever Asiad women’s heptathlon gold medal at the Asian Games held at Jakarta, Indonesia. It is indeed a fantastic day to remember, relish and rejoice the achievement for Swapna who clinched the gold despite suffering a severe jaw injury.

Her gold medal equalled India’s gold medal count in the 2014 edition. Swapna translated her positivity into a fruitful result as she threw her personal best in the javelin at the seven-event competition.

Despite the injury, Swapna Barman didn’t give up. She continued to compete in the heptathlon event with a massive toothache. During one of the events, unfortunately, she landed chin on her knee causing too much discomfort.

Coming into the last of the seven-event that happens over two days, Swapna Barman was determined to show what she is capable of doing. Much to her determination, she topped the standings in the 800m run.

In her final event, the 21-year-old planned and executed her run to perfection as she bagged a personal best record with a staggering 6026 points. Eventually, she became the first Indian woman to win an Asian Games heptathlon gold medal.

With extreme pain on Tuesday, she was seen competing in the shot put. After that, she took her energy and determination to another level in intensity by competing even the following day, topping the javelin event too on Wednesday morning, securing a personal best of 50.63m. 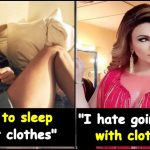 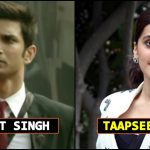