The world is in a state of shock after the novel coronavirus outbreak impacted lakhs of people’s lives. As far as India is concerned, lakhs of people have been infected by the pandemic and the government has imposed permanent curfew in a few areas for the safety of people.

Besides this, the government has been taking several preventive measures to stop the outbreak of Coronavirus.

Talking about how India would have never able to react or take quick action the way the Chinese government has, he said: 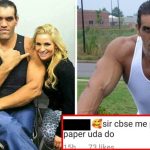 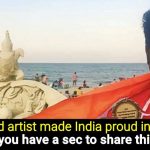