One of the most basic things that is being taught in schools is ‘cleanliness’. But how many of us are really keeping the surroundings clean? Hardly a few and it’s because of us, other living creatures are getting affected. This is why it is more important to throw waste in the garbage bin.

Not a long ago, a heartbreaking photo of a mother bird feeding cigarette butt to its baby went viral on the internet. This indeed goes to show that we have failed wildlife miserably.

Here’s another incident which shows that we have failed our environment, mother nature, planet, fellow creatures and as human beings.

This is the video of a mother bird vomiting plastic. She doesn’t know the difference between plastic and food and when it saw a plastic straw resembling more like a food, it ate it by mistake and guess who is the real culprit? Yes, you’ve guessed it right!

We are responsible for every wrong thing and we don’t deserve to live on this planet anymore. This mother bird that has consumed plastic has been feeding its chicks to death without even knowing that it has swallowed plastic assuming that it was only food.

Popular Indian sand artist and Padma Awardee Sudarsan Pattnaik clinched the People’s Choice Award at a prestigious sand sculpting festival in the U.S. He even took the American crowd by surprise with his mind-boggling sculpture that highlighted a very serious message of fighting plastic pollution in oceans.

Sudarsan Pattnaik was among the 15 top sand artists selected from across the world to take part in the 2019 Revere Beach International Sand Sculpting Festival in Boston, Massachusetts. He bagged the People’s Choice Award for his sand sculpture that conveys the message- ‘Stop Plastic Pollution, Save Our Ocean’

The award-winning sculpture depicted a turtle caught in a plastic bag and a fish with plastic trash like the slippers, bottles and glass inside its body. The tail of the fish is placed in the mouth of a human, showing how plastic pollution in the oceans is seriously impacting human beings also when they consume seafood.

He added that through his sculpture he wants to highlight that human activity is ruining the oceans, and humans are also getting adversely impacted by polluted waterways as they eat food from the sea and rivers.

Also, several Indians turned up at the festival with the Indian tricolour and extended their massive support for Pattnaik, who expressed gratitude to the Indian Consulate General in New York and its officials for their love and support. 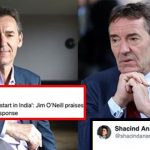 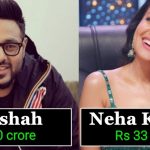