We run short of adjectives and superlatives to describe Rahul Dravid in one word, such is the greatness of the man, who unconditionally stayed as “The Wall” guarding Indian cricket.

Dravid has undoubtedly been one of the phenomenal batsmen the longest format of the game during his playing days. There were several occasions where he made the difference for the side with relative ease.

Former Indian legendary cricketer Rahul Dravid’s new ad has gone viral across social media platforms. Netizens couldn’t stop talking about the new advertisement that has reached to every nook and corner of the country.

The gentleman Rahul Dravid took the internet by storm with his latest appearance in an ad for CRED. For the unversed, CRED is nothing but a credit card bill payment platform. The popular song that goes by saying “Download CRED baby, download CRED..” has gone viral on the internet.

Now, Dravid’s ad spread like wildfire on the internet. The ad starts with Dravid in a totally different scenario, just quite opposite to the cool customer that he is known for, and the result turned out to be hilarious.

Dravid is seen shouting at netizes at one point even saying “Indiranagar ka gunda hun main”. Meanwhi,e the hashtags #RahulDravid and #IndiraNagarkaGunda also started trending on Twitter. Millions of people watched the video so far.

Meanwhile, Zomato decided to have some fun on Twitter by coming up with a hilarious tweet. The tweet went viral on the internet. “deliveries in Indiranagar miiight be late today due to an angry gunda on the road,” Zomato wrote.

Some hours later, Zomato posted one more tweet that reads: “it has come to our attention that some people took this seriously. there is no gunda on the roads, there might be a wall tho.” 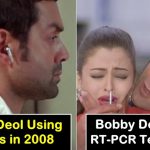 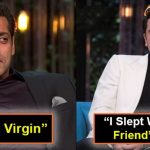