Priyanka got engaged to her boyfriend American Singer Nick Jonas, on her 36th birthday, July 18. The couple then married on December 1. PeeCee is 10 years elder than Nick who is 26-years old. Nick is an American singer, songwriter, actor, and record producer. 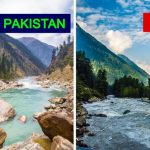