It is indeed heartbreaking to come across the news of famous actors’ untimely death. The following are the list of 10 popular actors who passed away before their movies could be over. Rest in peace! You all will never be forgotten.

In what was one of the most iconic deaths in cinema history, Heath Ledger passed away in 2008 of a prescription drug overdose during the filming of ‘The Imaginarium of Doctor Parnassus’. The actor had just done with his epic role as the Joker in The Dark Knight when he died.

One more heartbreaking story of death that hit ardent Fast & Furious fans across the world, was Paul Walker’s death in a car accident. Though there were plans in place to put the production of the film on hold permanently until Paul Walker’s brother was called in to assist portray the role through a CGI version of him.

Hoffman was found dead in his New York City apartment on February 2, 2014. We indeed miss Hoffman for all of his marvellous contribution to the Hollywood film industry.

The British actor passed away due to a heart attack on set while filming Ridley Scott’s Gladiator back in 2000. Given that most of his scenes were already shot for the movie, there wasn’t a pause in the movie. Despite that, CGI effects had to be used later on for shorter appearances after his death.

Bruce Lee, in his days, was a legendary martial artist and one of the finest actors. The star passed away before the Game Of Death could be finished in 1973, and an unfinished version of the film was released. However, his death sparked an endless amount of debate and speculation. Later on, in 1978, a main version of the movie hit the screens with the stringing together of existing footage.

Bruce Lee’s son identified as Brandon Lee died in an accident while shooting for the action movie- The Crow. As per the reports, the actor is known to have been shot by accident with a prop gun that contained a real bullet. The left out sequences of the film were shot using a body double and special effects, the report added.

Tagged as the universal face of beauty, Marilyn Monroe drew her last breathe due to a drug overdose during the course of filming her movie that titled ‘Something’s Got to Give in 1962’. The film was never completed and released, although edits from the movie were spiced up in the 2001 documentary Marilyn: The Last Days.

John Ritter is well known as the father from the TV sitcom, 8 Simple Rules. He suddenly collapsed on the set of the show on September 11, 2003, and succumbed to a heart attack later that night. It is learnt that Popular TV show Scrubs aired an episode paying a massive tribute to the actor’s death.

The ever-so-popular green ogre, Shrek was first to be voiced by comedian-actor Chris Farley. Actually, a massive part of the voice-over had previously been recorded when the actor badly died of an overdose on December 18, 1997. But, it was not really enough for the movie to be done. SNL co-star Mike Myers stepped into the scene and play the part to complete the project.

The ultimate star of the historic show Spartacus, Andy Whitfield passed away on September 11, 2011, due to lymphoma. However, the show did continue for two more seasons with Liam McIntyre replacing Andy as the lead character. 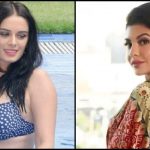 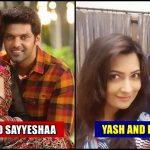