Definition of science is completely different from what we read in textbooks. Science, we believe, is a ‘Thick wall’ which separates human beings from animals. All characters of humans were once as similar to those of animals. Later we enhanced the understanding of science and began to dominate the world.

Firstly we discovered how to start a fire by friction and then the matchbox, now lighter. Today we have understood the science of nuclear energy so deeply that we can even turn a big city to ashes in a matter of minutes. We are now in the twenty-first century which also refers to ‘the age of science’.

Scientists from all across the world have contributed their part to mankind. India’s contributions to the field of Science and Technology are indeed significant in many ways. In this article, we will show you the top ten inventions of India-

The discovery of atom falls at number 1 on the list owing to the importance of an atom to the world. The discovery is attributed to J.J. Thompson for he discovered the modern theory of the atom in 1987. Nevertheless, the origin of the discovery goes back to 600BC when Maharshi Kanad, an Indian scientist and philosopher, wrote ‘Vaisheshik Darshan’ which is considered to be an important scientific contribution. In this book, Maharshi Kanad explained the atomic concept of matter. He said that all things are made of Molecules, which has no independent existence and human senses are unable to detect them. Maharshi named these molecules as “Mool Kananam”.

Indian scientist Jagdish Chandra Bose invented a technique to transmit radio waves to a distant place even before Herts. But his remarkable achievement is considered that he reduced the size of the waves to Millimetre level, called microwaves. In 1994, Bose publically ignited a lamp and rang a bell from a distant place using micro waves. Bose later wrote an essay ‘Adrisya Alok’ (invisible light) in Bengali, he said, “the waves can easily pass through brick wall, building etc. Therefore human beings will be able to pass on messages through this medium from a long distance even if there are some hurdles in the way”. In 1899 Bose went to London to deliver lectures at a university and met Italian scientist Marconi who had been working on wireless telegraphy. Bose expressed his disinterest in commercial telegraphy in an interview later the same year.

The invention of Zero comes in at No.3 because of the magical values thereof. It has never been clear who actually invented Zero but it has been very much clear that the inventor was an Indian. Brahmagupta, however, is supposed to have given the concept of zero. But the concept also existed in the Vedas in 1500 BC. So far as the importance of zero in our daily life is concerned, it is beyond our imagination. No big calculations would have been possible if there were no Zero. Just imagine what would be the impact on you if a zero is removed from or added to your salary? Furthermore, no computer would work if there were no invention of zero. It must be noted that all computers and mobiles work on binary system i.e. 0 and 1. In other words, the computer understands neither Hindi nor English; it understands only 0 and 1 which is called binary states in computer science.

Boson is named after Indian scientist Satyendra Nath Bose who came up with the theory and predicted the existence of this particle. Bose predicted that there must be particle which is responsible for all mass in the universe. It hardly needs any introduction as it has become the most expensive particle in the human history. The research is still going on in world’s largest laboratory by the name of CERN.

Sir Chandra Shekhar Venkat Raman carried out extensive studies on scattering of light and finally published his research work ‘Raman Effect’ on February 28, 1928. His study brought about revolutions in the arena of science. For the first time, a scientist explained that light is made of small particles called photons. With the help of Raman Effect, the structure of a photon could be investigated easily. Sir Raman was awarded the Nobel Prize in the year of 1930 for the same work.

Indian contributions to Algebra are comparatively big. At the age of 23, a famous scientist, Aryabhatta, wrote the book ‘Arya Bhatteeyam’ in 499 AD. In this book, he explained square, cube, cube root, side of angle etc. The book was divided into four parts: Gitikpad, Ganitpad, Kal Kriya Pad and Gol Pad.

Aryabhatta did not only make his contributions to the Algebra but also to Trigonometry. In fact, he is known as the originator of the Trigonometry. He was the first in the world to express physical qualities by alphabetic letters. He gave the value of Pie (..) which is surprisingly close to the modern value. The value of Aryabhatta’s pie was 3.141 and the modern value of pie is 3.142.

8. THE SHAPE OF EARTH

Aryabhatta’s understanding of the astronomy was so deep that it can not be depicted. He snubbed the prevent belief that the earth was flat and stationary. Examining the movements of stars and planets with his naked eyes as there was no telescope, he propounded that the earth is round in shape and rotates on its axis in his book ‘Gol Pad’. This principle was rejected by the intellectuals of India as well as the world.

Brahmgupta, the renowned Astronomer and Mathematician of Ujjain, wrote many books in regard to the mentioned fields. He is also known as the originator of Numerical Analysis. He calculated many formulas in the fields of Differential and Integration Equation. In Chapter 17 of Dhyan Grah Upadesh, he dedicated many slokas explaining how to solve differential equations. The impact Brahmagupta made in mathematics is known to the whole world. The book “The Birth of Mathematics” written by noted mathematician Michael John Bradley communicates what role Brahmagupta played in this field. Michael dedicated a whole chapter to Brahagupta. (note: chapter No.7 of the book is Brahmhagupta: Father of Numerical Analysis.)

A crescograph is an electronic device used for measuring growth of plants. It was invented by Bengali scientist Jagdish Chndra Bose. The device could even measure as small part of a tree as 1/10,00,000 inch. Later bose invented another device to detect and receive radio waves. This equipment came to be known as Coherer. Above all, Bose was the first scientist in the world who used semiconductor junctions to detect/receive microwaves.

We had to take a pause since the title is ‘Top Ten inventions of India’. But India contribution to science is not over yet. Indian scientists have made all of us feel proud. Prabhas was asked about competing with Khans; he gave an epic reply! 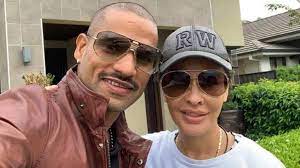 Everything you need to know about Shikhar Dhawan’s ex-wife