The left-leaning brigade has demonstrated a remarkable zeal in their endeavour to mount opposition against the Modi government. From raising the unsubstantiated bogey of intolerance, to returning their awards, from launching protest agitation against the CAA, to fomenting unrest through the ongoing farmers’ protests, the anti-Modi detractors have pulled out every trick from their playbook, in a bid to tarnish the reputation of the central government and portray them as anti-people in public perception.

However, lately, they have incorporated an even more sinister ploy of using gullible and impressionable children to peddle their propaganda and achieve their nefarious designs of fomenting anarchy.

The ongoing farmers’ protest has seen children being used as props by the demonstrators to lend credence to their agitation and hustle the government into acceding to their demands. Young children, with no knowledge or understanding of the new Farm Laws, are tutored to speak against the Centre to pressurize them into repealing them.

To this effect, children are also roped in videos to solicit support for the ongoing farmers’ protest by capitalising on the emotional appeal that characterises young and innocent children.

In one such video that is doing the rounds on the internet, a child wearing a turban can be seen threatening to kill PM Modi. He says that he wants to hang Modi when he grows up and when asked where he learned it from, the child names leftist propaganda media institutions like NDTV and BBC.

Intrepid saffron posted a video on Instagram that reads, “Don’t let your kids watch NDTV, watch this video.” The video, shared by ‘Intrepid saffron’, states that children are being used to spread poisonous propaganda of the Left”.

In the video, a child wearing a turban on his head says, “I think Modi will run away with all the money.” I want to become an IAS when I grow up. Because if such people were born in my district, then I would not put them in jail, but hang them till death”.

This video was shared by ‘Aalu Bonda’ too on Twitter. While sharing this video, Aloo Bonda wrote, “I will hang dirty people like Modi!” 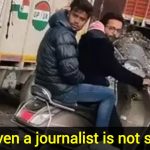 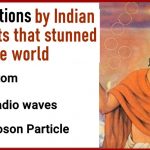