The cinema industry is a dreamland for artists, models, and many others only to give a break to a few chosen ones. While the glamour stays on the surface, the pitfalls of the industry are always overlooked.

Many of such stars have achieved what others are struggling for every day yet they choose to give it away to follow their path to their spiritual awakening. Here’s taking a look at 9 such celebrities who quit showbiz for religious reasons.

After Sana Khan broke up with the famous choreographer Melvis Louis, she quit the entertainment industry to follow the ‘teachings of Islam’. The actress took to Instagram to announce her bidding farewell to showbiz and called it her the ‘happiest day’. Taking her fans by surprise again, Sana announced her wedding and tied the knot with a Gujarat-based man Anas Sayed. Khan was last seen in Bigg Boss and Jai and has an Instagram fan base of 3.8 million followers.

Zaira Wasim who made her blockbuster debut with Dangal followed by Secret Superstar and The Sky Is Pink quit Bollywood because she felt she was battling with her soul for long enough and revert to traditional Islam. Zaira Wasim has also been requesting fans to stop circulating her pictures from fan pages.  Zaira received a major backlash for leaving Bollywood before the release of her film, The Sky Is Pink. While many supported her decision, many Bollywood celebrities felt she had a way long way to go in the industry.

After the release of Aashiqui, Anu Aggarwal became a biggie overnight. However, after doing a couple of films like King Uncle and Khal Naika, the actress decided to renounce her acting career. This decision shocked many as many filmmakers as everyone thought she had a promising future in the industry.  As COVID-19 Quarantine Deaths Surge In The Capital

Sofia Hayat was a popular reality TV personality and was last seen in Bigg Boss and even got engaged to someone shortly after. However, in June 2016, Hayat announced that she had embraced spirituality and become a nun. She adopted the name Gaia Sofia Mother.

Mamta Kulkarni is one of the very few actresses who has worked with Bollywood biggies and has given major hit films of the 90s like Karan Arjun, Sabse Bada Khiladi, China Gate. Mamta’s bold looks and acting had swayed the industry in a very little time. But she quit the film industry after her appearance in the film Kabhie Tum Kabhie Hum to become a spiritual guru.

One of the most handsome 70s actors, Vinod Khanna who gave the best cult classics like Qurbani, Aman Akhbar, Anthony, The Burning Train, became a disciple of Osho in 1975, moving to Oregon and leaving his family–a wife and two kids behind in Mumbai. He, however, soon made a comeback with movies like Dabangg where he played the role of Salman’s father.

She was a successful model, film actress, and movie producer but she found solace in the ideologies of Buddhism. In November 2012, she set her mind to become a Buddhist nun after being an avid follower of Dalai Lama for many years.

She was a famous Bengali actress who suddenly disappeared from the Indian film industry. After a successful stint in her career for over 25 years, the actress retired and devoted her time to the Ramakrishna Mission. She passed away in 2013.

Jake Harper aka August T Jones from Two And A Half Men has left showbiz at the peak of their career to pursue a path for religious reasons. He spent 10 years in the sets of the popular show before calling it quits in 2013 citing that it does not resonate with his religious beliefs. 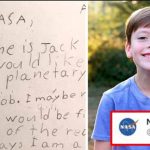 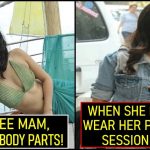