The Narcotics Control Bureau (NCB) has intensified its drug-related probe soon after the death of Sushant Singh Rajput. It has raided the home and offices of many Bollywood celebrities in the past month.

Netizens lost all the respect they had for Bollywood celebrities as they took to their respective social media hands to chip in with opinions on the matter.

Recently the agency had raided comedian Bharti Singh and husband Haarsh Limbachiyaa’s house and arrested them after a long session of questioning. The NCB had allegedly recovered 86.5 grams of ganja during the search. For the unversed, Bharti and Haarsh were sent in judicial custody till December 4.

It is now being reported that the channel has decided to drop Bharti from the show. However, Kapil Sharma has not said anything over the arrest of Bharti Singh. At the same time, Sony Entertainment has not made any statement on this matter.

Many TV celebrities reacted to the duo’s arrest in drug probe and expressed their shock. Kiku Sharda had said that he is unaware of the development. “I haven’t heard of any talk of her not being a part of the show. She just wasn’t there yesterday at the shoot and that’s about it,” he had said.

Bharti and Kapil Sharma are being trolled a lot on Twitter. Fans are expressing their anger at them. Recently, a Twitter user on social media has trolled comedian Kapil Sharma, saying that he will also get jailed and the comedian got angry.

Bharti Singh is one of the most famous comedian actors who gives everyone a reason to smile in this busy world. She has worked really hard to reach the stardom that she enjoys now.

Talking about Kapil Sharma, he has hiked his fee to Rs 1 crore for weekend episodes of The Kapil Sharma Show. His high fees is often the subject of jokes for his fellow performers like Krushna Abhishek and Bharti Singh, but the aforementioned amount certainly puts him in the big leagues of celebrities in the telly world. 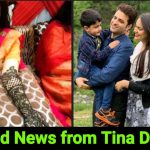 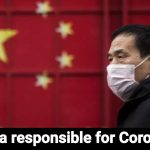