In a disgraceful incident that took the entire nation by shock, a man had allegedly inappropriately touched his 45-year-old aunt in Mumbai. The incident happened during the relative’s last rites in Mumbai.

However, the shameful incident did not stop there. The 34-year-old man kept on calling his aunt as he wanted her come to a hotel in order to meet him. The woman is known to be a beautician and the culprit who pulled off a shameful act belongs to Pune.

It has been learnt that the man travelled to Mumbai for the funeral. It was when he misbehaved with his aunt and had allegedly inappropriately touched her. The woman filed a case at the Malabar Hill police station.

In her written complaint, she boldly confessed that she was molested while the last rites was taking place. She also said that the wrongdoer made an obscene gesture. She further went on to add saying that the man asked if he could meet her at a private hotel room in Pune which he had booked.

Soon after sensing danger, the woman quickly approached the police station and lodged the complaint against the man, as per a TOI report. Meanwhile, the police took immediate action and registered a case under relevant IPC sections and detained the culprit. 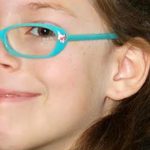 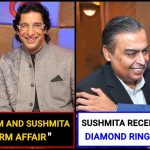