It was the year 2014. A three-year-old Pooja Bishnoi developed her fascination for running when she lost a race to some boys in her locale. Despite having lost the race, her maternal uncle, Sarwan Budiya, a resident of Jodhpur, Rajasthan, who was only in his twenties, noticed that she ran well and thus made up his mind to impart proper training to his niece.

“I was playing one evening and noticed some boys running in the area. I expressed my wish of running with the boys to my uncle Sarwan. They arranged a playful race. I lost. And immediately told my uncle to teach me running,” – Pooja

Sarwan was training at the Sports Authority of India, Jodhpur. He discontinued after enduring a severe hamstring injury.

“I lost my career due to an injury. Initially, when Pooja succeeded, I thought of fulfilling my dream to win a medal for the country through her becoming a successful athlete. When I started training Pooja, the aim was to fulfill my unfinished dream. But now it has changed to winning an Olympic gold medal for the country” – Sarwan

Pooja was made to run with the boys again after practicing for one month and achieved victory this time.

“The closest boy chasing her was 20 meters away,” – Sarwan

Three years later, Pooja covered 10 km for a Jodhpur marathon in 48 minutes.  She had also grown six-pack abs at the age of six!

In January 2019, the Virat Kohli Foundation came across her training videos and was highly amazed by her achievements so far, they also extended support to her.

“We approached the manager of the Virat Kohli Foundation. After a detailed inquiry, they decided to support her,” – Sarwan

Tushar Nair, talent manager at the Foundation said that it was Sarwan who approached first and when his team checked the profile, they were instantly amazed by Pooja.

“The thing that stood out for the athlete was her clarity of thought and intent to achieve a big goal. We definitely think she has the potential to win a gold at the Olympics and we are building an ecosystem to support her” – Tushar Nair

Sarwan who’s coaching Pooja said that they had seen quite a few dark days in their lives a year ago. Pooja was born in Guda Bishnoiyan village near Jodhpur. While Pooja’s parents are away, Sarwan’s family looks after Pooja. Sarwan after forfeiting his dreams of becoming an athlete, worked at a friend’s shop as a business manager to fulfill her dietary needs and training.

“Pooja’s parents are traditional farmers and cannot support the high cost of her training. My niece was confident and did not shy away from hard training. But finances made progress difficult,” – Sarwan

Sarwan recalls the time when Pooja’s mother sacrificed a lot and supported him during his athletic days.

“My sister supported my nutrition and also fought to let me continue with sports as my career. This is my way of repaying her,” – Sarwan

Pooja ‘s daily routine includes waking up at 3 am to train for three to four hours every day. Pooja then leaves for school or usually attends online classes these days, rests for some time in the afternoon, and starts practicing again in the evening.

“I have a strict diet to follow involving dry fruits, fruits, proteins, and no social life. I attend online classes to keep up with my academics and sleep at 10 pm, I am preparing to compete at the Youth Olympics, scheduled to be held in 2024 and I want to win a gold for the country” – Pooja

Maitreyi Bokil, Pooja’s sports-nutritionist based in Pune was questioned on how rigorous physical workout at such tender age can have a negative impact on her body to which she replied that it largely depended on what her diet is like; she must intake good calorie food including nuts, seeds, nuts, different kinds of butter and overall, eating a balanced diet will support her physical activity. Maitreyi further added that eating well will ensure she maintains her body fat stores, which are necessary to start Menarche, prevent vitamin D deficiencies, and give her enough energy to exercise. 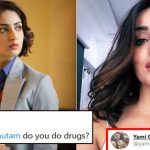 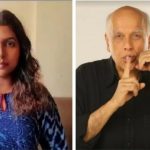