There’s no doubt Hrithik is one of Bollywood’s all-time great. Hrithik Roshan is very famous for his dance. He is one of the highest-paid actors in Bollywood. Tagged as Bollywood’s Greek God, Hrithik Roshan had even received an offer to play the role of Vicente in Pink Panther 2.

Nonetheless, the actor had to turn the offer down because he was busy with other important projects with Bollywood directors. With films like Agneepath, Kaho Na Pyaar Hai,Jodha Akbar, Krish, Koi Mil Gaya, Dhoom 2, Kaabil, War and many more, he has proven his mettle not just at the box office, but also as an amazingly versatile actor.

Hrithik is the son of a famous producer, director, and actor “Rakesh Roshan”. Hrithik has also a charming personality which makes him one of the handsome actors in India.

The devilishly handsome actor has a massive female fan base across the world. Despite being a dad of two kids, his beauty did not fade even a little. Meanwhile, a female fan of the ‘Bang Bang’ actor had shared a post with some images on Twitter which she captured it in Madame Tussauds Museum with the wax statue of Hrithik Roshan.

With the post, she wrote, “You need to tell @MadameTussauds London to update it! Regardless it was fun posing with you 😉😏😘 @iHrithik”

Much to everyone’s surprise, she had pointed out her finger towards the underpants of Hrithik Roshan which also caught the attention of the actor himself. Hrithik also replied to the female fan with a witty tweet, he wrote, “U took a peek didn’t u. naughty girl! Love u 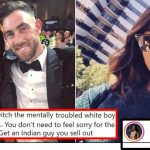 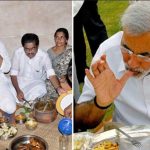