Social media platforms have helped celebrities gain massive popularity that too in a short span of time. Taapsee Pannu hits headlines for her trademark befitting replies to trolls and to her fans too.

Recently, the actress has found herself at the receiving end of criticism after she had supported the Bollywood biggies and star kids, with her view on nepotism, which is the most-talked subject in Bollywood nowadays.

Recently, Taapsee Pannu got engaged in a twitter banter after she was slammed by Madhav Sharma on Twitter. The tweets spread like wildfire as Madhav Sharma exposed Taapsee’s hypocrisy.

The Indian-British actor hit out at Taapsee Pannu for not supporting Kangana Ranaut and for playing cheap politics. Madhav wrote: “Actresses like @taapsee talk about women empowerment but when #KanganaRanaut is single-handedly taking on the so-called heavyweights of Bollywood and exposing them with facts, Taapsees of Bollywood are playing petty politics. It’s disappointing.

More power to you, @KanganaTeam.”

The tweet soon caught Taapsee Pannu’s eyes who quickly came up with a reply. In her tweet, the actress had compared herself with a lioness and how she is not really interested in becoming a tigress. She mentioned that she knows how to fight with elegance, dignity, and grace.

“They don’t need to coz lionesses are rarely interested to become tigresses . We know what it is to fight with elegance, dignity and grace. Period ! P.S- my birthday is coming its 1st of AUGUST do wish me SIR,” she wrote.

However, the debate didn’t seem to end soon. The twitter user launched a scathing attack on Taapsee once again and wrote how a tigress never really fights ‘gracefully’. He wrote: “Naming and exposing people who torture, intimidate and harass might be not be elegant but truth is mostly ugly. You can keep trying to be “elegant” and “graceful”, Taapsee but it’s time to be brave and fearless. Have you ever seen tigress kill her target “gracefully”? I haven’t.”

The Indian British actor, Madhav Sharma ended the debate by adding that how the queen of fitting replies, Taapsee Pannu totally lost the plot. He wrote: “I have and they hunt better than lions. I have respect for you and your “fitting replies” but you have completely lost the track here. You can’t hunt with grace, it has to be ruthlessly and fearlessly.” 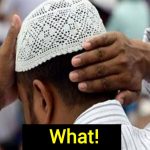 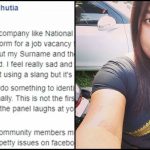