The final postmortem and viscera reports confirmed that Sushant Singh Rajput passed away due to asphyxia by hanging and police say Sushant Singh Rajput died by suicide at his Bandra apartment in Mumbai. But the actor’s ardent fans are still speculating something fishy in his death.

A fan tweeted, “How this can be possible? According to police Sushant Singh talked to his sister at 9am, and on Wikipedia someone updated at 8:59 am that he committed suicide!! How is this possible?”

Sushant’s fans have even shared the IP address through which Sushant’s Wikipedia page was updated much before his demise. The die-hard fans of the late actor have also appealed to Home Minister Amit Shah to look into the matter. The fans then started trending #AmitShahDoJusticeForSSR.

Nonetheless, the netizens might have missed out on a very important detail. As per Mumbai Police cyber cell sources, Wikipedia follows the UTC time format (Coordinated Universal Time) and not IST (India Standard Time). This is the main reason why there is a difference of about 5 hours as reported by Zee News. Thus, the update at 8:59 UTC on popular website Wikipedia means 2:29 PM IST which is around the same time when the news appeared and was reported by the media.

As per several media reports, Sushant Singh Rajput died by suicide at the age of 34 on June 14, leaving the entire nation in complete shock. However, some suspect that it is a pre-planned murder and not a suicide. His sudden demise trigerred several debates about nepotism in Bollywood film industry. 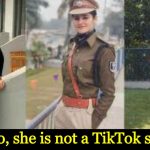 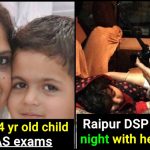