The extremely talented actor Sushant Singh Rajput left all of us on June 15 (Sunday). Died at a young age of 34, the star had plenty more things to achieve or fulfil in his life and now we lost such a gem of a person and it is heartbreaking to all of us that we won’t be able to see him anymore. The star could have easily ruled Bollywood but took the decision of ending his life by hanging from the ceiling of his apartment in Bandra.

This shocking incident happened on Sunday. His death by suicide was because he was going through mental bouts of depression. Though the reason was still unclear, the whole nation has been indicting nepotism for the death of this extremely talented actor. On Monday, Sushant’s last rites were carried out in Mumbai. But the debate on nepotism started after Sushant’s demise.

Amongst everyone, netizens have now called out Bollywood actress Kareena Kapoor Khan after an old video which spread like wildfire on the internet. In the video, Kareena can be seen laughing and advising Sara Ali Khan not to date Sushant Singh Rajput.

When asked about her dating advice that she would give to Sara, she said that Sara should not date your first hero and then she laughed. One of the fans shared the video on micro-blogging platform Twitter. Have a look:

In case you didn’t know, Sara made her Bollywood debut with ‘Kedarnath’ alongside Sushant.

The video has been shared by scores of netizens on social media and they have been slamming Kareena for her remark on Sushant.

After Sushant’s death by suicide, Kareena took to her Instagram account wrote, “This is such terrible news…praying that you find peace Sushant…strength to his family. Saif and Kareena.” 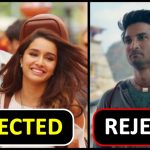 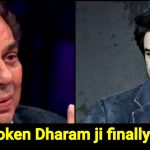