Sushant Singh Rajput’s suicide has sent shockwaves through the country. The cause of the suicide is yet to be ascertained. Although Mumbai Police has launched a probe into the case. Rajput’s maternal uncle has alleged that it was not a suicide but a conspiracy and also demanded a CBI probe into the matter.

Six months ago, the actor shifted to his Bandra duplex and used to pay a hefty amount as rent. The rent of the flat was said to be Rs 4 lakh 51 thousand per month. The entire nation couldn’t believe the news of his untimely demise. People have expressed their condolences to his family and loved ones and social media has been flooded with condolence messages.

The house, in which the actor was staying, was a duplex-style apartment. Rajput was paying a rent of Rs 4.51 lakh per month and was supposed to reside in the same until December 2022. He had also paid a deposit of Rs. 12,90,000.

Sushant Singh Rajput shared his last post on Instagram on June 3, which was dedicated to his late mother, who passed away in 2002.

His caption on Instagram read, “Blurred past evaporating from teardrops, unending dreams carving an arc of smile, And a fleeting life, negotiating between the two…”

Rajput was extremely brilliant in studies as he secured all-India 7th rank in AIEEE but he was inclined towards dancing therefore he dropped out of engineering and devoted himself full-time to dancing and acting.

He was doing great with his acting skills and emerged as a prominent actor in Hindi Cinema. Mr. Rajput is survived by his father and four older sisters: Shweta Singh Kirti, Ritu Singh, Mitu Singh and Nitu Singh.

The 34-year-old actor made his Bollywood debut with the 2013 film Kai Po Che! Rajput portrayed the role of Dhoni in his biopic, ‘MS Dhoni: The Untold Story’. Dhoni’s biopic was Rajput’s biggest single hit of his career. It was one of the highest-grossing Bollywood films of 2016, and Mr. Rajput was widely praised for outstanding performance.

Sushant Singh Rajput was born on January 21, 1986, in Patna, Bihar. His father, Krishna Kumar Singh, was an engineer, and his mother, Usha Singh, was a homemaker. Sushant was the youngest of their five children and the only boy.

The actor was allegedly suffering from depression and had been taking medicines for a long time. 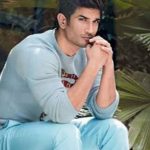 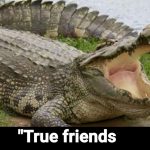