When we talk about Indian army, we are bound to get goosebumps. We just get a feeling that only men are tasked with responsibilities to serve the nation. But one shouldn’t forget the fact that even women also dream to accomplish big missions in their lives.

There is nothing in this world that can be a hindrance to women for achieving great things in life. The society’s mindset overlooks women’s achievements, giving much importance and the hype only to men. It is about time we gave equal opportunities to both genders so that our nation can progress.

Women used to get limited opportunities to study and were always considered inferior to men back in those days. They never really had the liberty to do what men were doing and hence they became homemakers. However, in the male-dominated society, some women braved against all odds to become successful in life.

Let’s learn about the story of Major General Madhuri Kanitkar.

General Madhuri Kanitkar created history by becoming the first woman officer in Indian Army a couple of years ago. She has become the Dean of the Armed Force Medical College. This is something that no other woman achieved. She is content with her duty and always feel a great sense of accomplishment for being part of the Indian Army.

In 2020, she was elevated to the rank of Lieutenant General in the Indian Army and thus becoming the third woman officer to secure the prestigious rank.

It should be noted that Madhuri Kanitkar is also the first woman paediatrician to hold the distinction of the second-highest post in the armed forces who will now wear the rank of a Lieutenant-General.

Let’s take a moment to appreciate Major General Madhuri Kanitkar for achieving a rare feat in the male-dominated stream in the Indian Army.

With this new rank, the major general was posted as Deputy Chief of Integrated Defence Staff under the Chief of Defence Staff (CDS) at the headquarters in the national capital.

Madhuri Kanitkar was last posted as the dean of Armed Forces Medical College in Pune. “If there is one message I would like to share, it is to enjoy every day in uniform with childlike enthusiasm and challenge yourself to achieve the impossible. Never give up, just give back! To every woman in uniform, I can say ‘half the world is yours to take, but the full is yours to give’. So, always give your best,” she added in a statement.

The best part is that Madhuri Kanitkar and her husband Rajeev is also a lieutenant general and will be the first couple in the Indian armed forces to reach this rank. It has been learnt that Lt Gen Rajeev Kanitkar has retired from the Indian Army recently.

Despite the fact that the Indian Army was largely male-dominated in the 1980s and hardly had women-friendly policies. Needless to say, Madhuri came through with flying colours as she topped her MBBS batch at the Armed Forces Medical College with the presidential gold medal for the best outgoing student.

Seeing her achievements, one thinks that she might have decided to join the Indian army much earlier in her career. She laughs, “No. I was studying in Fergusson College in 12th standard, and I planned to do medicine. I had friends in NDA and I used to see that it was something different and smart about them.

And I had a roommate who was from an air force background. So, she was keen to join AFMC (Armed Forces Medical College, Pune) and that was the first time I heard about it. So, I came with her (to the college) and saw the distinct difference and the neatness, cleanliness, discipline somehow really impressed me.”

Not many women can be found in army suits. “20 girls passed out and went for an internship. Post this, some left for marriage. Another half of them left after five years of commission and finally for what we call a permanent commission, we were just six to seven of us who remained. Of all of them, today I am the only one who has remained (in the army)!,” she added.

“I was posted in the outskirts of Jodhpur in Rajastan for my first commission. We had a field ambulance and not a hospital as such. The officers stay in a long barrack called bashas with temporary roofs as it was a mobile temporary unit.” She said

There were no women in the army. Seeing her posted there, some officers and soldiers were really happy that at least a woman was posted. They felt that a lady should not have to stay in Barracks. They asked her to stay in the head quarter but she said, “I said if I am posted here, I’m going to stay with them. If tomorrow there’s a war, I’m going to go out with them.” 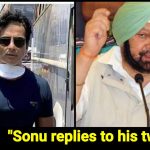 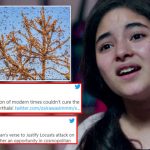