Former Pakistan fast bowler Shoaib Akhtar was one of the best during his playing days and there is no doubt about it. He used to be a nightmare to batsmen during his heydays and such was his credibility. He was easily the fastest bowler in the world and it was not that easy to face him in all the three formats.

The former right-arm fast bowler holds a staggering record of the fastest delivery in international cricket. After his retirement from the sport, Shoaib Akhtar is quite active on social media platform where he expresses his opinion on his YouTube channel which is liked and followed by millions.

Recently, Shoaib Akhtar was asked about the actor, who should play his role in case a biopic is made on him. Without hesitation, the former Pakistani fast bowler named the veteran Bollywood actor Salman Khan.

“I know that is the trend these days, but I am no one to decide that. If people think that my life is interesting and inspiring, then they can make a movie out of it. If not, then let it be. It is for fans and filmmakers to decide,” Shoaib Akhtar told news agency IANS in an email interview from Rawalpindi, Pakistan.

If ever a biopic is made on Shoaib Akhtar, then the latter has his preference very clear. He said he would like to see Salman Khan playing his role in the biopic.

“I’d like to see Salman Khan playing my role in the biopic, if that happens,” Shoaib Akhtar added.

As of now, Shoaib Akhtar will be seen spicing it up on the small screen only judging the comedy show with Indian cricketer Harbhajan Singh. It should be noted that the show will go on air on Life OK channel soon.

Shoaib Akhtar had recently proposed a three-match ODI series between India and Pakistan in an attempt to raise funds to aid fight against the coronavirus.

Nonetheless, his proposal was not taken kindly by the former Indian cricketers including the fans.

From ragpicker to Chandigarh’s new Mayor, this is Rajesh Kalia’s journey to success 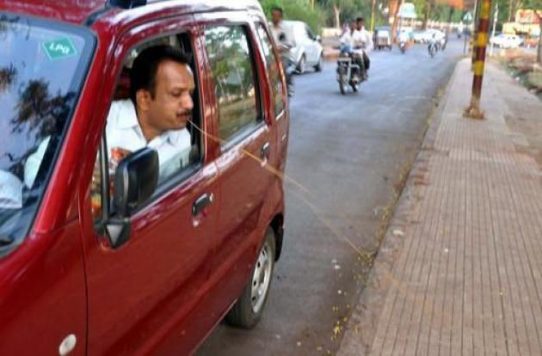 50 Years Ago, Dara Singh Created History as he emerged as ‘The World Wrestling Champion’

If I tell your secrets, you all will be exposed: Angry Deep Sidhu threatens Farmer leaders