While citizens paid tribute to Uttar Pradesh Chief Minister Yogi Adityanath’s father who passed away in Delhi on Monday morning, a section of users from a certain community thinks the ‘huge loss’ otherwise as they reacted ‘HAHA’ to the news post on Facebook. This act is deemed contrary to the spirit of human values.

Social media is criticising the people who left laughing reactions over the saddest news.

Yogi Adityanath’s father by the name of Anand Singh Bisht, 89, was undergoing treatment at AIIMS in the national capital. He drew his last breath at 10.44 am on Monday, an official added in a statement.

It has been learnt that Mr. Bisht had been admitted to the hospital on March 13 after his health started turning from bad to worse.

He had been suffering mainly from abdominal discomforts and complications in his liver and kidney. In addition, reports corroborated that the UP Chief Minister’s father was affected with dehydration, low blood pressure, and gangrene in the legs due to age-related illnesses.

The doctors were frequently monitoring health. Nonetheless, Mr. Bisht, who had been placed on a ventilator passed away today morning.

“CM Yogi Adityanath’s father left for his heavenly abode at 10.44 am. Our deepest condolences,” UP Additional Chief Secretary (Home) Awanish K Awasthi said in a statement.

Anand Singh Bisht lived in the Panchur village of Yameshwar in Uttarakhand. He retired from the post of a Forest Ranger in Uttarakhand in the year 1991 and had been living in the village since then.

According to an official, CM Adityanath was chairing a coronavirus meeting when he was notified of his father’s demise. 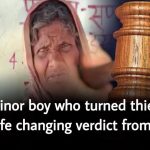 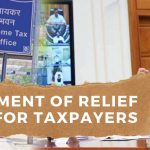